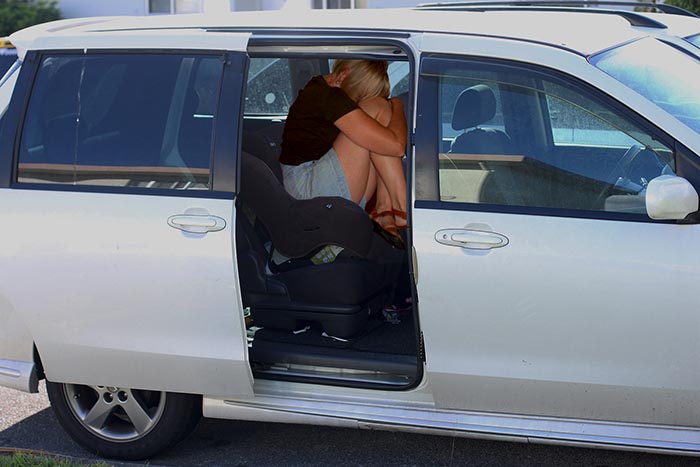 PHILADELPHIA, PA – New recommendations from the American Academy of Pediatrics (AAP), printed in this month’s issue of Pediatrics, will further change the way many parents secure their children in their cars.  “We’ve determined that a forward-facing car seat, with a 5-point harness, provides a safer experience than a booster seat, or just wearing a seat belt,” Dr. Durbin told reporters.

Dr. Dennis Durbin, MD, FAAP, PhD, MDiv, continued his research from 2011’s landmark change where the AAP advised toddlers less than 2 years of age, to stay in a rear-facing seat.  The 2011 report also suggested that children may need to ride in a “booster seat” until age 12.

Durbin, who has no children of his own, thinks this is completely rational and very easy to implement.  “Children will love it [the new regulations] and parents won’t even notice they are buckling in their 15-year-old, because they will have always done it.”

“After the child turns 18 they are out of the legal realm for litigation against pediatricians.  If the American College of Physicians would want to change their recommendations we would be in full support,” said Durbin.  He went on to state that pediatricians will see less time in the court rooms now.  In states, such as Nebraska, where the age of consent is 19, the AAP recommends remaining in a car seat up through age 18.

Car-seat maker Graco, stated that they are making car seats that support children up to 350 lbs.  Graco’s stock jumped 3.4% on the news.  Even executives at the company were surprised by the recent recommendation.  “Geez, I mean we were hoping for 11 or 12 years old, but up to 17, wow!  We were happy to hear about this recommendation,” said Tom Sniderly, CEO of Graco.

The authors, who have never placed a child into a car seat, told reporters, “An easy way to remember the new policy is if your child still lives at home, they need a 5-point harness car seat.”  Some parents claim the new rules are opening up spare bedrooms in their homes.  “My son Kevin, better known from his online avatar name Deathslayer69, moved out from the basement on Friday.  After 35 years it was hard to see him go,” Lillian Jenkins told reporters.

Local teenagers aren’t taking a liking to the new recommendation.  15-year-old Lindsey Himes had this to say: “Like, I hate my parents even more now.  I thought riding in a mini-van was bad enough.  Now I have a car seat too!  I’m riding the yellow cheese to school from now on.”

16-year-old Brandon Stakes, who just received his driver’s license is furious.  “I just got my license and now I need a car seat in the driver’s seat.  So stupid!”

The American Academy of Pediatrics is currently looking into suggesting large, round inflatable shielding, surrounding the entire body similar to in the great movie, Bubble Boy, that children could always wear to protect them from almost any ailment in life.