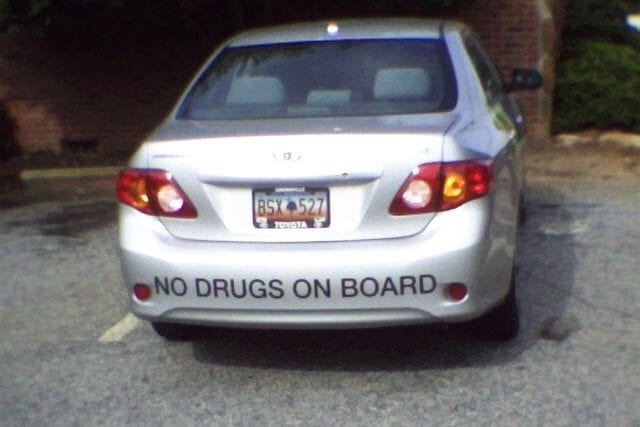 THE BLOCK, USA – Rarely does a multiple felon make a career comeback – apart from athletes, rappers, bankers, politicians, law enforcement officers, and anyone in the 1% – but retired drug dealer Green Giant recently beat those odds by becoming a drug representative.  Green Giant, now a successful pharmaceutical sales representative, had been incarcerated three times, as police allegedly kept seeing pictures of him on the same corner in Google Maps.

“On the block, they used to call me Baggies, aka Sour Patch, aka Holding Caufield, aka Field of Greens, aka Green Giant, aka Ziploc, aka Haze Nut – if you needed weed, I was the one you called.  I got tired of the two-phone lifestyle; you know how annoying it is to have two phones ringing at the same time?  Also, I found out that jail wasn’t for me.  I was then offered the plea bargain of a lifetime: a career as a pharmaceutical sales rep.”

Green Giant was very frank about how he got the job.  “I was kinda worried they were gonna do a background check.  When they found out I sold drugs, I got the job immediately.  Apparently, my priors were an asset.”

A representative from Giant’s company stated, “This guy was hilarious from the beginning; he actually asked us if we did drug tests on prospective employees.  Per protocol, I asked Mr. Giant to list three weaknesses; he said ‘intimidating,’ ‘aggressive,’ and ‘manipulative.’  We hired him on the spot.”

Green Giant says his life has really turned a corner since he’s been able to sell drugs legally and not on a corner.

“I used to be out on the block from 7 am to 3 am; now I work from 9 am to 5 pm, doing the same thing basically, but with benefits… There was no 401k on 156th St.  No dental.  The drugs I sell now, they have crazier names than the weed I sold: ‘ZQXQZPRM,’ ‘XNXXP.’  Hard to pronounce, son.  Like can they buy a vowel tho?” the new pharma sales rep told GomerBlog.

Giant only has one regret since joining the new drug business.  “Man, I wish somebody had told me not to bring fava bean salad to the G6PD deficiency conference.  I had to run for my life, like back in the day when I stole out of the stashhouse.  Those guys almost killed me!”

When asked for final comments, Giant had this to say: “I just want to let the kids know that they don’t have to sell drugs to make it.  But it’s also not a bad idea.  Also, lemme tell you about this new drug I got with mad efficacy versus placebo…”