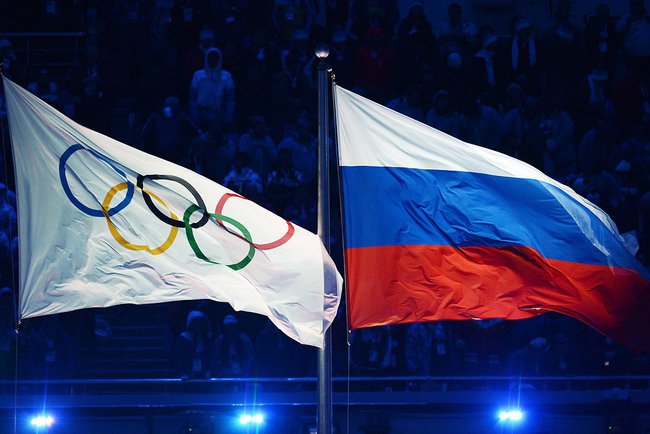 SOCHI, RUSSIA – Apparently what happens in Sochi doesn’t always stay there.  Olympic athletes have been going at it strong and GomerBlog is sad to report that there are now numerous outbreaks of sexually transmitted diseases (STDs) being reported in Olympic Village.  Organizers and coaches are perplexed.

“Who would have thought that rampant sex would be occurring?” said Olympic spokesman Alexi Krynizcoff.  “We thought the athletes would have focused only upon their sports performance and not their bedroom performance.”

“It just doesn’t make sense for thousands of young, athletic, good looking people from all different countries throughout the world, staying in a half-mile radius in hotel rooms, to hook up,” said Krynizcoff.  “They should be focused on the Games!”

“I mean really, does a naked man or woman with rock hard abs and a gold medal around their neck and a beautiful smile really turn on people??  Not me,” said Krynizcoff.

Health clinics in Sochi are being swamped and are reporting new strains of syphilis, gonorrhea, and herpes.  Antibiotics, antivirals, and swabs are actually in short supply in the region.  Some athletes are even doing the unthinkable and swapping out medals for antibiotics.

“People seem to mostly be using condoms and other forms of protection, but it isn’t offering 100% protection,” said Dr. Sergio Yurkezsky.  “The enormous amount of intercourse occurring coupled with the fact that most of the condoms being distributed by the Olympic Committee are made in China, are still allowing massive outbreaks to occur.  Geez, you should just see the trashcans over here.  They are absolutely disgusting!  I need to go take a shower again just thinking about it.”

Another Olympic spokesman went on to say, “Please if you can afford to send any donations of antibiotics or antivirals to Sochi, consider looking in your cabinets and mailing them immediately.  We are going to need a lot more to prevent this outbreak from spreading back to 204 countries.”

“Just wait until Glory Days occur,” said Olympic competitor Anthony Myers.  “Once your event is over it is called the Glory Days and if you thought it was nuts before, just wait until you see what happens then!”