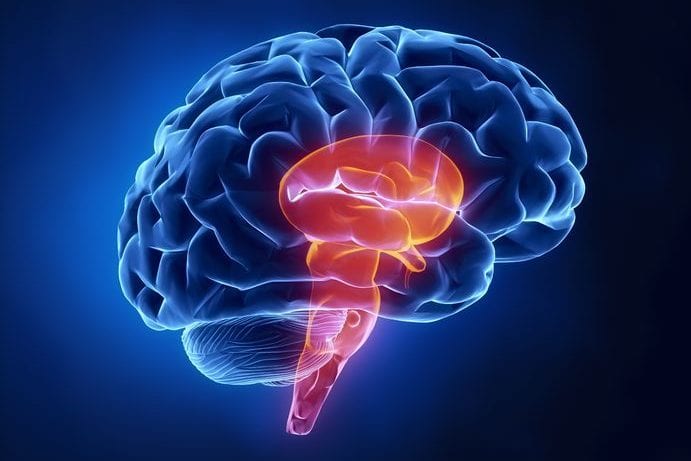 ST. LOUIS, MO – It was Tuesday morning in the middle of rounds when local bad boy neurologist, Dr. Chinstrap, felt his next stroke of daring genius land upon him.  The prior evening, a 46-year-old man named Bob Huddleford came to the emergency room for intractable hiccups.  Bob had been hiccuping for several days and was in significant distress at this point.

“They just won’t stop,” said a defeated Bob.  “Thankfully, Dr. Chinstrap was on call and told me he was going to do an MRI to get to the bottom of my hiccups.  I mean he had a bag full of all kinds of wheels and hammers, and he did such a detailed exam that I immediately knew this guy was for real.”

Despite Dr. Chinstrap’s exam revealing nothing other than nonstop hiccups from Mr. Huddleford, an MRI was obtained anyway.  The MRI was essentially normal save for a wisp of signal within the medulla, read out by the radiologist as artifact.  A normal report wasn’t going to slow Chinstrap down, and that’s when his brilliant idea hit.

“Bob, it’s not uncommon for the untrained radiologist to miss these pivotal findings deemed as artifact,” Chinstrap said as his lips curled into a smile releasing palpable smug onto the linoleum floor of Bob’s room.  “I recommend we do a simple medullary biopsy to determine if this is in fact normal tissue or a possible variant of lateral medullary syndrome.  It’s quite simple really and will totally decide how we manage your hiccups.”

“I love rounding with him!” exclaimed Jane Appleby, first-year medical student.  “Spinal cord, brain stem, motor strip, cardiac wall, aorta, it doesn’t matter!  Dr. Chinstrap just goes for it and never seems unnerved by the fact that he may be asking someone to mame another human for a low-yield tissue sample!  I hope I have that kind of intestinal fortitude someday,” sighed Appleby.

Dr. Chinstrap then logged in to his hospital’s EHR and began typing in various extrapolations of “biopsy,” “medulla,” and “brain stem,” in an attempt to simply order the procedure.  After several minutes of frustration, Chinstrap asked one of his residents to page neurosurgery for a consult.

“It was about 5:30 PM when I got the call from Dr. Chinstrap,” said Mark Johnson, the neurosurgery resident on call.  “At first I laughed because, he has to be joking, right?  He wasn’t though.  He seriously wanted us to take a cubic centimeter of this poor guys brain stem,” Johnson muttered shaking his head.

“I mean that’s just how I do things,” Chinstrap shrugged.  “You have to seek out diagnoses before committing to treatments.  Someone has to have enough hair on their peaches to go get answers.  Who knew neurosurgeons were such pansies?  It’s all paralysis this and death that… I mean it’s just a biopsy!  I would have done it myself if surgery wasn’t so boring!”

After a quick adjustment of his scarf and a slurp of his latte, Dr. Chinstrap hopped on his moped and sped off into the sunset.  Johnson then went in to Mr. Huddleford’s room to examine him.  After an explanation of what a craniotomy, biopsy, and potential side effects would entail, Bob nearly vomited with anxiety.  Shortly thereafter, his hiccups ceased.