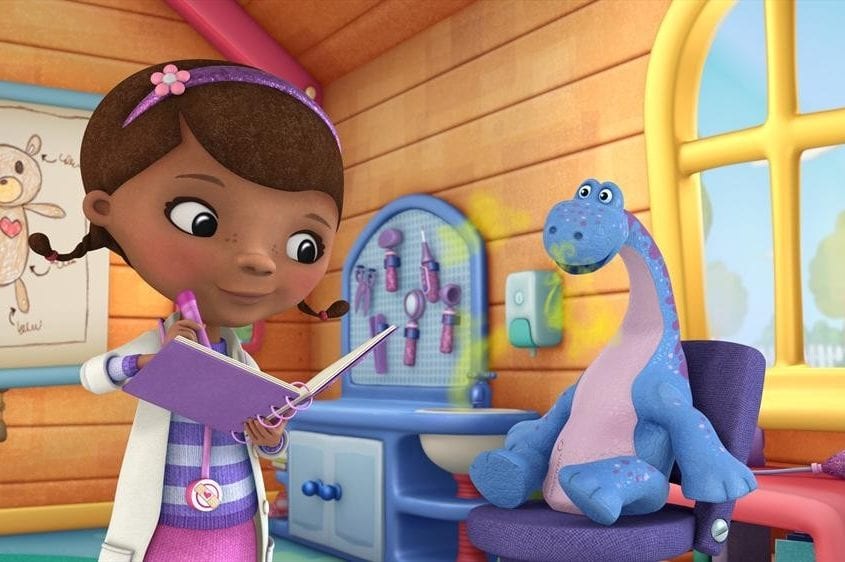 ORLANDO, FL – Children across America are devastated after news broke today that Doc McStuffins will not be asked back for another season.  Disney execs announced yesterday that results from patient satisfaction surveys will have the animated physician looking for new job.

Three of McStuffins’ approximately 10,000 patients from last year were surveyed regarding their care, and two of them gave McStuffins a rating of “fair.”  The third patient returned a survey which rated McStuffins “very good,” but since none of the patients rated her “excellent,” the young doctor got a pink slip.

“Chilly” the Snowman was upset that he wasn’t allowed to eat his Italian ice an hour before undergoing an exploratory fluffytummyoscopy and let Press Ganey know about it on the survey.  “Hallie” the Hippo arrived to McStuffins comatose and mute thanks to dead AA batteries and a broken pull string.  When she awoke to find that her Band-Aid was generic tan instead of pink (as she clearly stated on her preference forms), she went ballistic, screaming for supervisors, the TV news, and free meal cards.

Disney is already planning a spinoff show based on the character who fired Doc McStuffins, animated hospital administrator Adam McBriefcase.  The new show will be called Admin McBriefcase and a pilot episode is set to air next week.  GomerBlog was allowed a sneak peak at the pilot.  Viewers will not be disappointed as Admin survives a grueling 9:30-4:00 day filled with three different meetings, email correspondence, and two boutique coffee drinks.

After leaving his office, Admin heads to the putt-putt course for some friendly but high-stakes action on the links with his stuffed insurance executive friends and molded-plastic media moguls.  We learn that McBriefcase can never truly leave work, however, when his cell phone rings as he is lining up an 8-foot putt worth six skins.  “Just take care of it, godammit!!” he screams into the phone before hanging up and sinking the putt.  He then strolls confidently to the clubhouse and lights a brandy-dipped cigar as the credits roll.