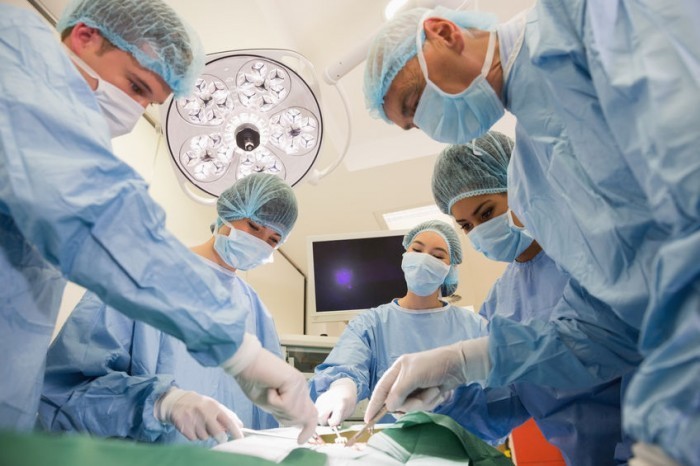 DALLAS, TX – Dr. Greg Peterson, a chief resident in general surgery, has seen his share of medical students rotate through the surgery service.  “They just keep getting worse,” said an unenthused Peterson before removing a clump of chewing tobacco from his lower gums.  “I mean, I just don’t even bother anymore,” he continued.

Peterson takes credit for establishing the department’s most recent award: The Dr. Greg H. Peterson III Most Annoying Medical Student Award.  “Well, we have a similar award for the most promising student in the field of surgery,” stated Peterson, “but that’s become pretty easy to obtain.  There’re so many more annoying students that it’s actually become the hardest surgical award to get.”

Dr. Larsen, the chair of the surgical department rocked back in his office chair, placed his snakeskin boots on his desktop, and laughed until there were tears in his eyes when asked about the award.  “Yeah!  That Peterson is a piece-a-work!” was the only comment we could obtain between bouts of uncontrolled giggling and knee slapping.

We were able to track down the first awardee, Eric Johnson in his fourth year of medical school.  He was practicing tai chi on the campus lawn.  “Oh, yeah, I guess I was the first,” replied Johnson when questioned about the honor.  Of note, he managed to maintain his body’s impressively off-balanced position throughout the interview.  “Lots of third years ask me what I did to earn it, but I’m still not really sure.  I was sort of confused throughout that rotation.”  Johnson matched into a physical medicine and rehabilitation residency only weeks ago and states that after consultation with the medical school counselor, he did not include the award on his residency application.

“That kid was real goofy, memorable for damn sure,” replied Peterson when asked about Eric Johnson.  “He wrote his name across his mask before scrubbing into every case, which was just real weird.  Then he would sing to every damn song on the radio – right up in my ear!  I wanted to scoop out my eardrums with the scalpel.  He’d be basically leaning on me and singing in this high-pitched voice.  He knew every word to every damned song on the radio but couldn’t answer a damned thing about anatomy.  And to top it, the son-a-bitch wore that stethoscope around his neck all the time, called it his ‘ears.’  He’d usually use those damned ears to tell me about bowel sounds or some other nonsense.”

We caught up with a “Most Annoying” hopeful in the hospital café chatting with friends.  “Well, yes!  I would obviously love to get it!” beamed Chastity Hopkins, an enthusiastic brunette with braces.  “I’m not sure the criteria, but I feel like I can get it,” she said.  Her friends at the table all nodded in agreement.  Her mother, also seated at the table, stated, “Chastity has always been extremely goal-oriented.”

But others have real concerns about the award.  Dr. Humphrey, a pediatrics attending, said she was horrified when she discovered it.  “It’s just so mean,” she said, her hair scattered with specks of glitter from a recent patient’s art project.  “I mean, these poor medical students have a tough time around that 2nd/3rd-year slump.”  Her voice became a whisper as she leaned forward, a flood of stickers falling from her coat’s pocket.  “They turn into little monsters!” she hissed.  “You know, they suddenly realize how much loan debt they’ve incurred but feel as though they have no real skills to show for it.  But I feel it’s best to try and nurture the cherubs into better states, rather than poke fun at their blunderings.”

We returned to Dr. Larsen’s office to try and obtain a response to Dr. Humphrey’s concerns, but when he opened the door, he just burst into laughter once more and was unable to compose himself for a rebuttal.