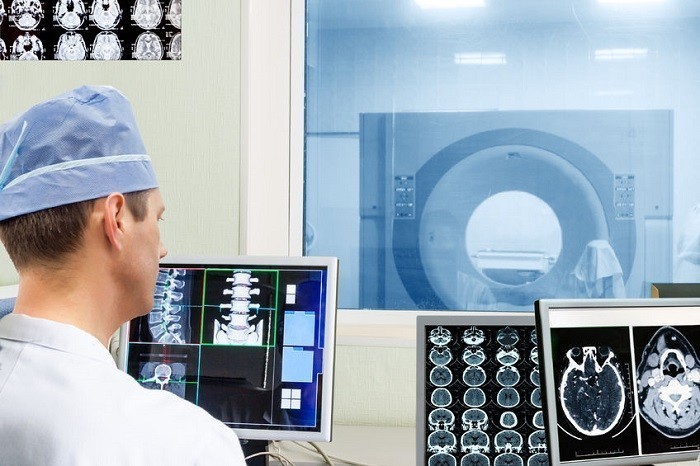 BOSTON, MA – New England-based hospital system GinormaHealth announced Tuesday that effective August 1st a new priority system would be in effect for all imaging exams.  “We believe that when the care of a human person is on the line, speed isn’t just everything, it’s the only thing,” said Chief Operations Officer Stanley Datum.

The new ranking system involves a numerical label applied to all imaging exams.  For non-urgent examinations, Category 5 will be the rank applied.  One example might be the screening chest X-ray used in employment physical evaluations.  Categories 1 through 4 will be the stat exam ranks, and will focus on refining just how “stat” your stat exam really is:

The Category 1 priority is the most unique aspect of the new system.  Its innovative approach involves the radiologist stationed immediately next to the imaging technology, and performing interpretations simultaneously as the images are acquired.  In a case performed last month at GinormaHealth during the beta-testing phase, the radiologist assigned to the MRI scanner in the emergency department sat with one hand on the machine, and recited her interpretation aloud.

Ordering physicians and patients alike have expressed high satisfaction with the arrangement.  “It was incredible!” noted one early participant.  “It seemed as though she had a mind meld with the machine!”  Analysis of the initial data suggests that turn-around times on imaging results could be shortened to minutes, or in some cases, even seconds.

In the past, imaging exams had been labeled as Outpatient, Inpatient, or Emergent.

“This Insanity Stat concept is one of the greatest radiologic advances of recent years,” remarked Dr. Vince Swift, emergency medicine.  “It’s been about 30 years since MRI hit the market, so it’s about time they came up with something new!”

Datum also felt confident that Insanity Stat would increase hospital throughput.  “Our new priority ranking system will refocus all physicians, and especially all radiologists, on the loftiest goal of healthcare: efficiency.”  Other competing systems have made similar efforts toward speed, but have only managed to achieve mildly improved results.  The Insanity Stat milestone has only been documented in a real-time setting within the GinormaHealth system, a fact that the hospital PR department intends to advertise.  At least three physicians have achieved the status, although none were available for comment, due to the need to maintain worker efficiency.

This latest announcement comes on the heels of last week’s unveiling of GinormaHealth’s new motto and advertising campaign “Healthcare as Big as Your Health.”