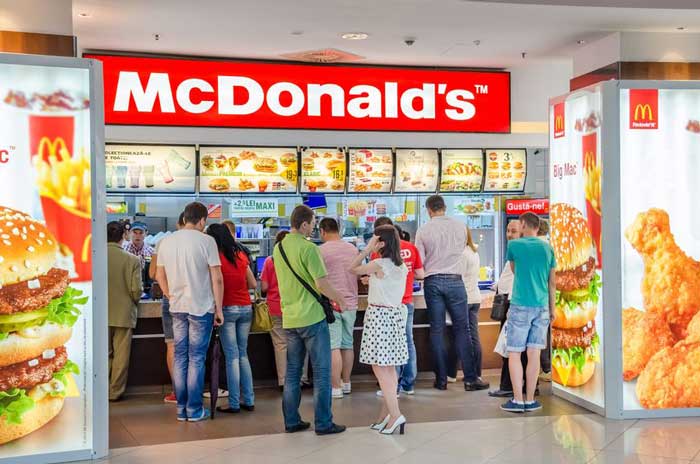 BOCA RATON, FL – In a landmark move being hailed as “a potential solution to the obesity epidemic” plaguing the U.S., the McDonald’s Corporation announced the bold decision to blend diabetic and cholesterol prescription medications directly into the food items served in America. 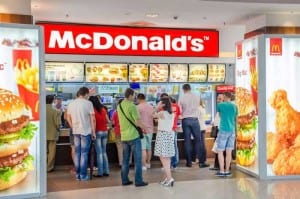 “This is the culmination of an ongoing partnership between our fast food industry and the pharmaceutical industry,” announced McDonald’s Chief Propagandist Eliza Lottomakemoolah, “both of which have the pure interest of Americans‘ health as a top priority! And by doing this, we cut out the pesky middle man: the doctor!”

As news about the updated medication menu began to break, millions of Americans speedily rode their motorized scooters into franchises with the fervor of Black Friday shoppers.  At some locations, riots erupted when some statin-infused sandwiches ran out of stock due to the high demand.  For the most part though, customers have been enthusiastic about their ability to personalize their meals.

“It’s amazing!” exclaimed the tearful Bertha Jones.  “When I ordered my Metformin Milkshake, the cashier was able to ask me if I wanted the 500 mg or the 1000 mg shake. It’d be ridiculous for everybody to get the exact same amount of metformin in each shake, so McDonald’s is just doing the right thing.  Even the Niaspan Nuggets are offered with various dosing options.  I’ve never eaten so healthy in my life before!”

“I know that we are pioneering our way to the forefront of American health!” continued Eliza Lottomakemoolah.  “Several of our franchises have begun to pilot Super Healthy Value Meal options, with which the cashier injects insulin directly into the customers’ arm fat folds as they pay for their delicious food-like material.  Now that’s convenience!”

Not all members of the medical community are as excited about these developments. When contacted by GomerBlog via telephone, Mayo Clinic Cardiology Chief Dr. Sri-Sheshadariprativadibayankaram groaned.  “It’s not going to be [expletive] long before we start performing cardiac catheterization procedures directly at their franchise locations,” before muttering something about “Myocardial McFarction” under his breath.