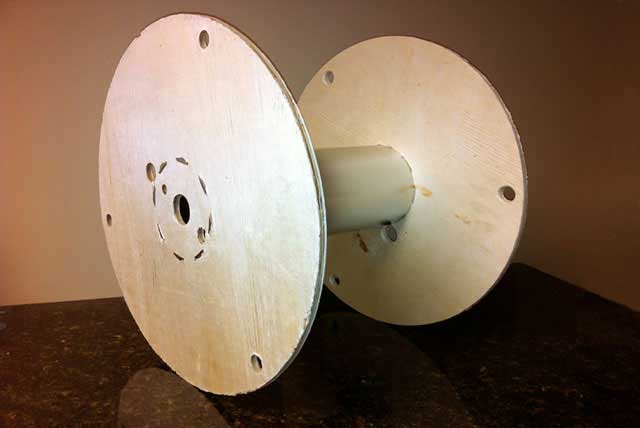 ALBANY, NY – In a show of boundless generosity, the hospital administration has donated a large plywood spool to the internal medicine work room to replace the aging conference table. The room, which once housed refuse bins and morgue overflow until it became the defacto work room for the medicine team, was last furnished in the early 1970s. It features one telephone, a large conference table, and fourteen unmatching chairs, four of which appear to be from defunct fast-food restaurants. 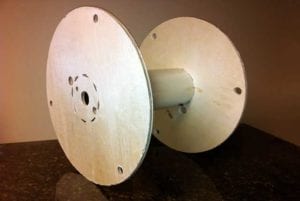 The conference table has been an iconic focal point of the room for several decades. Combining the highest quality corrugated boards and laminate tabletop, it has become weathered from the thousands of pages of signouts, checklists, prior authorizations, and discharge summaries completed atop it during the past decades. In fact, two of the six legs of the six missing table legs have been replaced by PDRs from the Carter and Reagan administrations. A recent Joint Commission site visit raised concern about the potential reduction in productivity should the half ton piece of wood topple on an intern.

“When the Joint Commission told us that we could potentially slow down our throughput from injury of one of our valuable housestaff, we had to act fast,” said hospital administrator Frank Filson, MBA. “As part of the $400 million renovation of the emergency department, lobby, and labor and delivery floors, we had multiple electrical teams and cable subcontractors come through in order to install state-of-the-art audiovisual equipment to improve the Press Ganey scores for our future health consumers. These contractors had one large plywood spool that they were just going to discard at the end of the day. I knew exactly what to do.”

While being somewhat smaller than the older table, the new plywood spool provides the structural integrity needed for safe paperwork completion by the interns. It also happens to match the decor of the conference room as the peeling linoleum and missing tiles on the walls having parts been patched over with small pieces of plywood.

“I have to admit we’re pretty jealous,” says chief of radiology Michael Rhodaboatashore, MD. “All we got was a few dozen $50,000 monitors, 7.1 Dolby Digital surround sound, 60-inch LED monitors, and several smart boards. But when we get together to work, were burdened by the sheer size of our granite-topped conference room table. We feel like we are so far apart that it’s hurting morale in the division. These internists are right on top of each other when they conference. They’re so fortunate.”

The interns on the medicine service are appreciative of the place to work though are optimistic that more upgrades may be down the pike.

“We’re really happy to have the spool. It’s really great. I have to admit though, it’s been challenging to get work done in our conference room on occasion. We have three computers to access our new $600 million billing system with integrated electronic health record. But, only one of the computers has a functioning mouse. Hopefully we can get some of the radiology hand-me-down mice in the near future. Then I think will be up to speed.”