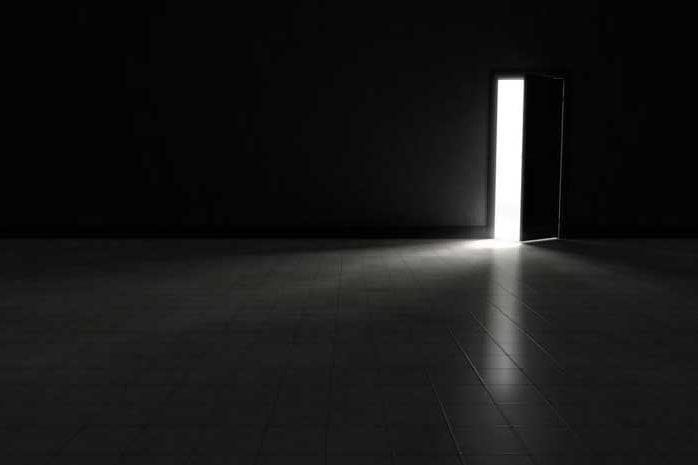 CLEVELAND, OH – A routine Joint Commission review made a surprising discovery in the sub-basement of Eastern Preserve University Hospital last month.  Hidden among the dark recesses of the hospital catacombs were creatures that scientists believe is a previously undiscovered species of radiologist.

Dr. Misaki Tanaka, who led the subsequent scientific assessment of the strange creature, described the findings during the hospital press conference.  “This is a fascinating discovery that truly shows the wonders of Darwinian evolution,” she said as photos of the strange being were projected on screen.

“After years of never having seen the sun these creatures have developed eyes that are super sensitive to synthetic light, and seem to be drawn to the light emitted off computer monitors.”  Dr. Tanaka went on to describe how after years of isolation, the radiologists have lost the ability to speak with other human beings, and instead communicate with a complex system of reports and automated phone calls.

Scientists believe that the species, which is named Correlatus clinicus after the sound it frequently emits, was previously undiscovered because prior trips to the sub-basement have been during evenings and weekends.  “We now know that C. clinicus can be difficult to spot after 5 PM,” explained Dr. Tanaka.  “They can be quite elusive.”

The medical scientific community is abuzz over this discovery, especially since it comes on the heels of last month’s discovery of a new species of dermatologist found only in high-end department stores.