SAN DIEGO, CA – Laura Martin reported that she was in pain when her nurse came to check in on her. 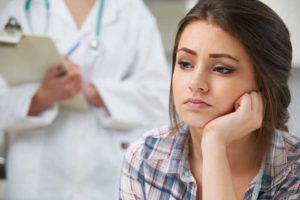 Eliza had to turn down the TV in order to hear her patient better.  “You said 9 out of 10?  But you don’t look like you’re in much pain.”

It was true, Ms. Martin did not appear in significant pain, and her nurse brittled with cynicism from a long history of drug-seeking patients assumed the worse.

Ms. Martin had been watching the latest episode of the Walking Dead.  Whenever Negan was on scene she became so distraught about Glen and all the terrible things the characters were going through her emotional pain would rise drastically.

Ms. Martin says she is feeling better now and is back at home after the quick thinking of her nurse Eliza, who prescribed her a daily dose of hugs, kitten videos, and not watching the news.

Epidemiological expert on emotional pain, Dr. Jason Rickman says, “In fact, emotional pain has reached an all-time high during 2016 and 2017.  It’s been such a tough time period with the elections, Syria, and the deaths of celebrities and beloved TV characters.”

Luckily, YouTube has been stockpiling for years for such events.  The plethora of free cute animal videos will cure most patients of 2016-induced emotional pain.