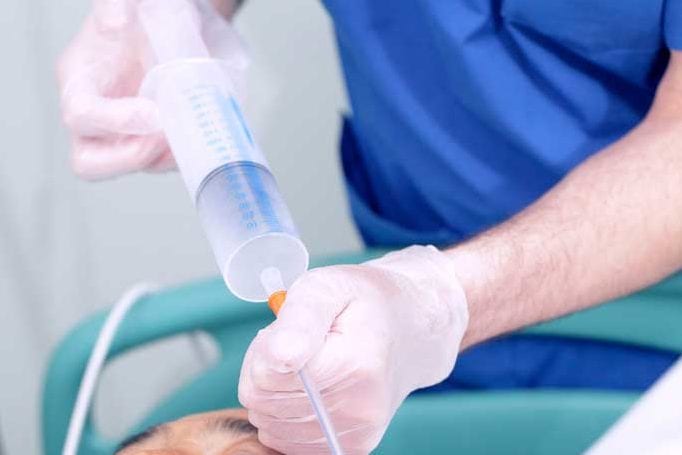 NEW YORK, NY – In a move sure to garner mixed reactions from colleagues and staff, second-year internal medicine resident Jon Paniagua opened a 1 Liter bag of Isosource 1.5, poured himself a glass, and heartily drank it, declaring loudly to all within earshot, “That’s really not that bad.”

When asked, the resident explained that he opened the bag of feed because the nutrition room was bereft of better snacks.  “I usually just go for those sugar cookies with some milk, but there aren’t even any graham crackers in there,” he said.  “I figured that if it’s good enough for my patients, it’s good enough for me.”

The high-calorie, nutritionally-dense liquid, primarily composed of water, corn syrup, and canola oil, is intended for patients who cannot eat because of neurologic or anatomic dysfunction.  While Paniagua is not currently known to require such nutritional support, he did self-report being “hangry” prior to drinking the liquid.

“We’re even out of popsicles,” he said.  “We have those individual pieces of bread, but no peanut butter packets. So I thought, ‘Screw it.’”

Paniagua’s peers appeared to react with resignation rather than surprise.  “He’s always doing stuff like that.  Last week he stuck himself with an expired EpiPen and ran around the floor like a maniac for a couple of minutes,” said one colleague.  Related another: “Of course he’s drinking the G-tube feeds. He’s eaten everything else in that kitchen.”

At the time of press, Paniagua had not yet finished the bag, and was actively searching the hospital for packets of powdered hot chocolate, remarking, “This needs some flavor.”