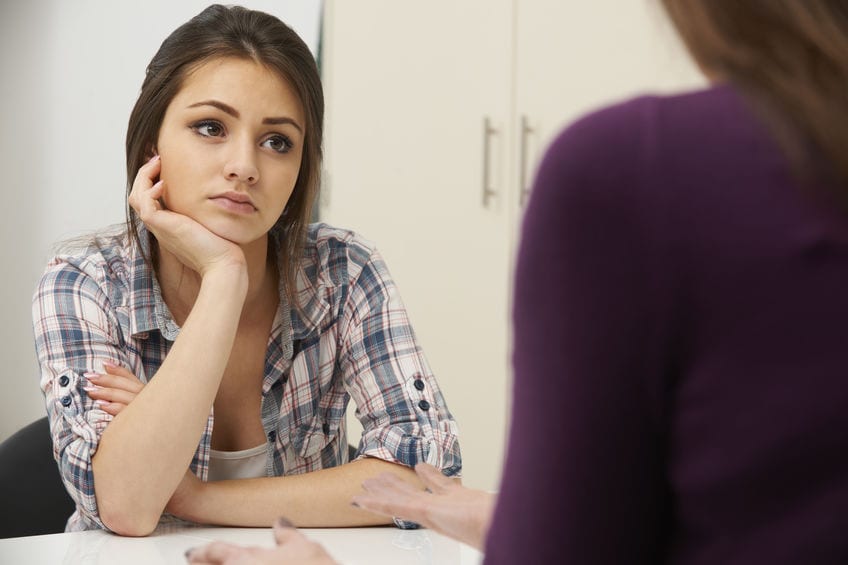 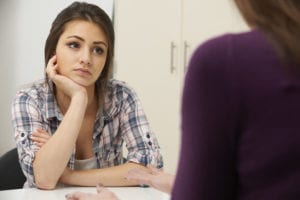 “I don’t know why she insists on being IN the room for my yearly physical. I guess it made
sense when I was like 8 or 9, but now……ugh,” Kaycie shuddered

Kaycie, who revealed she was interested in getting both a prescription for birth control and an
HPV vaccination before attending college now fears she won’t be able to obtain either as long
as her mother is in the room.

While the physician attempted to obtain a sexual history from Kaycie, Mrs. Smith reportedly
interjected, “Of course she hasn’t been having sex! Don’t you dare suggest such a thing! She’s
a normal teenager, Doctor!”

This led to a very uncomfortable discussion about the HPV Vaccine, during which Mrs. Smith
repeatedly claimed that her daughter both wouldn’t need the shot and would also get cancer
from it according to her local mommy facebook page.

Kaycie was seen staring at the floor throughout the altercation and was visibly distraught as Mrs. Smith began googling “Why HPV Vaccine is Bad” on her phone and reading the results aloud to the physician and later on to those in the waiting room.

During the physical itself, Mrs. Smith insisted on being present and would not leave the room
or turn away despite repeated requests from her daughter. The entire situation came to a head
when Mrs. Smith began describing her daughter’s menstrual cycle and asked if her daughter’s
body proportions were “normal.”

A GomerBlog representative caught up with Kaycie and Mrs. Smith after the exam:
“I wasn’t sure at first if I should go in the exam room with my daughter this time,” Mrs. Smith
recalled “I’m usually so confident in my ability to make my children and their doctors visibly
uncomfortable, but last week I tried to go in with my son Kayden and he actually said he didn’t
need me! I was so shocked they had already closed the door before I could respond.

Obviously I was shaken to my core.” “But today I was prepared! I had just gotten 10 likes on my latest social media post, I was feeling good, everything just felt right! So I went right in and sat down next to the exam table, asking prying questions and stopping my daughter from giving any silly answers her doctor.

What a rush!” Kaycie had more to say as her mom discussed vaccine inserts with a pregnant woman in the waiting room:

“I know that since I’m 18 I can legally have her not be in the room, but I’d rather have 20
minutes of awkwardness now than 8 hours of screaming and blaming me for dad leaving her
once we get home. Either way I’m going to University soon, I can just go to a walk-in clinic
there for a ‘Cold’ and get the pills and shots I need.