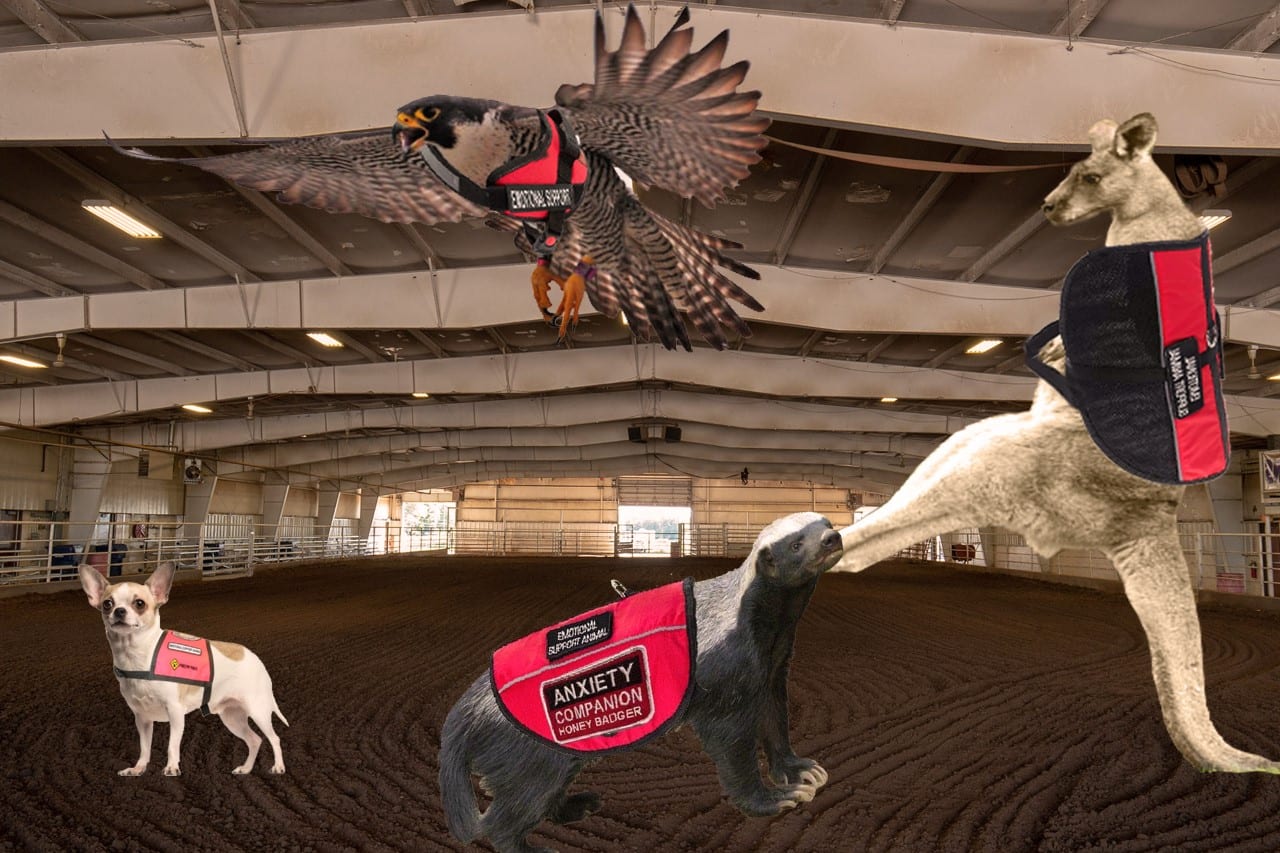 Dr. Oaks was shocked and surprised to see two of his most agoraphobic patients interacting, and realized the power of expressing emotion through ESAs.

“I immediately brought these two patients into my office to explore vicarious mental rehabilitation through ESAs” reported Dr. Oaks, “As my patients stood, shielded by their ESAs, yelling across the room at each other. It was as though the ESAs were bridging the mental gaps in my patient’s minds and helping them overcome lifelong mental instabilities. What previously took months to achieve was now being accomplishing in 15 minutes!”

Word got around quickly and more patients with ESAs were coming to Dr. Oaks’ office to improve their mental health through ESA arguing.

“As my office began to smell more like a pet store, I realized we needed an outdoor venue for this treatment method. I knew how much my millennial patients’ lives have been influenced by Pokémon, so I decided to construct the first ESA arena on my farm called, the ‘Kanto Arena’” stated Dr. Oaks.

The first couple weeks in the Kanto arena were a success. Over 40 patients reported that their GAD7 scores decreased by an average of 15 points. But as the overwhelming sense of competition swelled, patients began to battle Pokémon style with their ESAs.

“The first fight was actually quite cute, two chihuahuas basically shake and barked at each other from their owners’ backpacks and one eventually emerged and snipped at the others paw,” reported an anonymous observer, “I learned so much from that chihuahua, that day!”

But as time went on, the animals became more diverse and consequently the fights increasingly fierce. Soon there were fights between ESA kangaroos, squirrels, sloths, falcons and honey badgers. ESA trainers from across the country were traveling to Bozeman to make their mark and earn their badge.

“I don’t know how I allowed this to get so out of control,” an apologetic Dr. Oaks explained, “I don’t know if it was the scientific drive to finally discover something new in the field of psychiatry or the rapid influx of dirty money finally pushing my income into the 6 digits to pay off student loans!”

Oaks will await his trail in county jail, as he cannot afford the $100,000 bail. Upon release, from his projected sentence of 2 years in prison, the Montana Board of Medicine restricted that he will no longer be able to serve patients with ESAs.