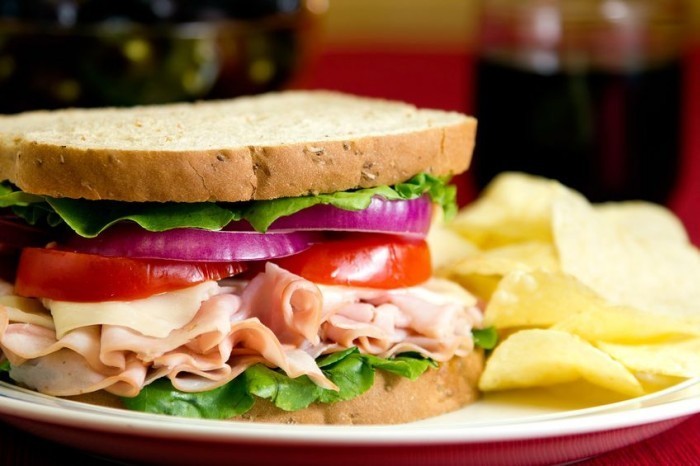 In what is being called a major wake-up call for the Emergency Medicine community, a groundbreaking study published in The Washington Journal of Emergency Medicine found that the efficacy of turkey sandwiches in convincing frequent fliers to discharge against medical advice is down 40% from previous studies. This phenomena of turkey sandwich resistance has ED providers across the nation nervous.

“When I was in training we were taught that turkey sandwiches were a silver bullet when it came to getting frequent fliers to AMA,” explains Thomas Randel MD, Chair of the Washington Society of Emergency Physicians.

“With the loss of this panacea we will have to resort to more classic techniques, many of which were being phased out when I was in residency.”

When asked what techniques he was referring to Randel responded, “We will be forced to use the second line treatments of offering saltine crackers with chicken broth or graham crackers and peanut butter, and if those don’t work we will have to resort to actually working up whatever vague complaint these individuals present with.”

At the time of publishing researchers from across the country were working tirelessly on techniques to combat turkey sandwich resistance. “Drawing from the knowledge that clavulanic acid has synergistic effects with amoxicillin, our group has tried adding various compounds to turkey sandwiches to improve their efficacy,” says Nicholas Jacobs PhD, a researcher from Kings Canyon University.

“We are still in the early stages of this research but our preliminary data shows that adding either pesto or sriracha to turkey sandwiches can return the effectiveness to nearly pre-resistance levels.”

Other research groups, such as the one run by Steven Larson MD at the North Cascades Medical Institute, are using different approaches. “We are developing novel, next generation treatment modalities that we hope will cause patients to AMA while avoiding this newfound resistance”. When probed about what these new modalities might look like Larson elaborated

“Thus far our group has seen huge success [at convincing patients to AMA] with roast beef and, to a lesser degree, ham sandwiches. These findings are promising as they suggest that the resistance is isolated to turkey sandwiches.”

This good news could not come soon enough according to Sam Kirkpatrick PhD, an epidemiologist from the San Francisco office of the CDC. “According to my models,” says Kirkpatrick, “if complete turkey sandwich resistance develops before these alternative treatments can come to fruition our nation’s emergency departments will be completely overrun by frequent fliers within 2-5 weeks.”

When asked to explain what this worst case scenario might mean for the average citizen Kirkpatrick elaborated, “The models predict that this resistance will strain our health care system more than the 2009 Swine Flu pandemic. If we do not get this resistance under control EDs will become so full that there will be no room for those who really need emergency care, like the person who has had lower back pain for 3 months and decided to come get it checked out at 3am on a Friday, or the chronic pain patient who needs another dilaudid refill because their pills were stolen for the 4th time this month.”