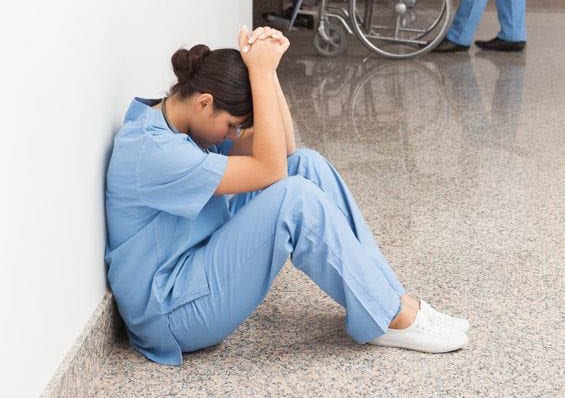 An on-going watch continues at Northshore Memorial Hospital as Tracy Smith, RN, is stuck at the pyxis trying to return an extra dose of oxycodone she took out by accident.

Direct sources (nurses who tried to help her but then determined that they didn’t have time for this shit) reveal that Nurse Smith attempted to take out her patient’s q6hr PRN dose of 10mg but accidentally clicked on his q4hr PRN breakthrough dose of 5 mg. The pyxis fooled her into thinking she had selected the right narcotic prescription (she even got the count right on the first try!) until she slammed the door shut and realized her error was permanent. Although she has the right amount of pills to give the correct dose, the pyxis thinks she is stealing a dose, and as we all know, what the pyxis thinks is happening trumps all reality.

Thinking quickly, she obtained another nurse and they tried to return to bin, but per the fucking usual, the med was unable to scan and opened an internal miscellaneous drawer, but this was the second to last oxy left and Nurse Smith knew she would eventually need it when the patient demanded his q4hr PRN, and the likelihood of it being restocked by pharmacy in a time frame remotely helpful to the flow of patient care was slim to none.

Nurse Smith grabbed another innocent nurse who was only passing through looking for a pulse oximeter that would stay on her patient (ha! good luck!) and they tried to edit and cancel the med, which almost worked until the selected box on the screen was greyed out for no apparent reason.

Nurse Smith’s colleague is trying to make an SOS call to the charge nurse but sadly, she can’t hear the answer since her patient’s pulse ox has fallen off again and the monitor is ringing through her phone while she makes her call. Meanwhile, Nurse Smith’s patient has “basically died” from 3/10 pain.