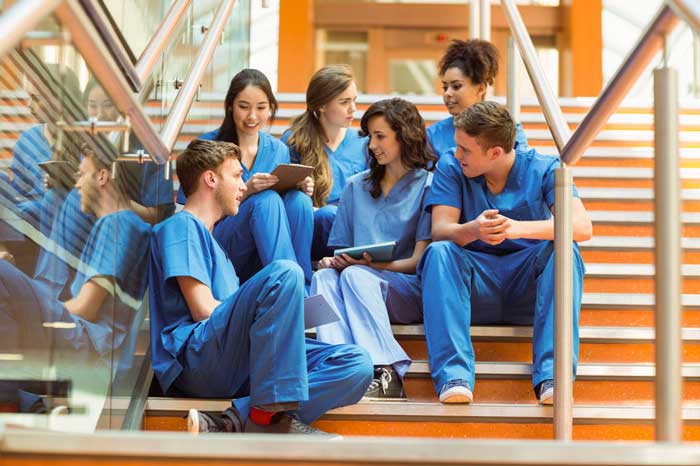 In an unprecedented move, medical students at University of Woeisme have joined forces and staged the largest revolt ever executed on school grounds. Citing discontent with undocumented 100-hour workweeks, condescending patients, disparaging residents, being ignored by attendings, and lack of recess, the medical students decided that they couldn’t handle the harsh treatment anymore.

Ms. Dolores Sidero, the 4th year medical student who spearheaded the effort, disclosed, “We can no longer accept the status quo. Our school really left us no choice, and now they have to deal with the consequences.”

She went on to further explain the development and execution of the uprising. “Well, initially we planned a strike. Every 3rd and 4th year med student across the school was on board. We would walk out, and not return to our rotations until we got exactly what we asked for. I mean, how could the department function without the med students? But we realized that we didn’t want our grades to be affected.”

She continued, “We then discussed walking out en-masse each day around lunchtime for an hour, or at least running to get a snack at some point in the late afternoon, but we didn’t want our rank-list spots to be affected, since The Match is coming up soon. In the end, we came up with a brilliant plan. We determined that the most effective and impactful option would be loudly complaining to each other in front of the off-service intern. We fully expect that he will pass along our discontent. I mean, we complained really, really loudly. We were serious about it!”

Some of the medical students involved in the rebellion are hopeful that they have inspired similar action across the country. On asking the nearby off-service intern about the incident, he ignored the question as he was wearing headphones. When Ms. Sidero’s attending was asked about her attempt to incite an uprising, he responded, “Who?” As of publication time, no other residents or attendings that knew, or cared, about the revolt could be identified.