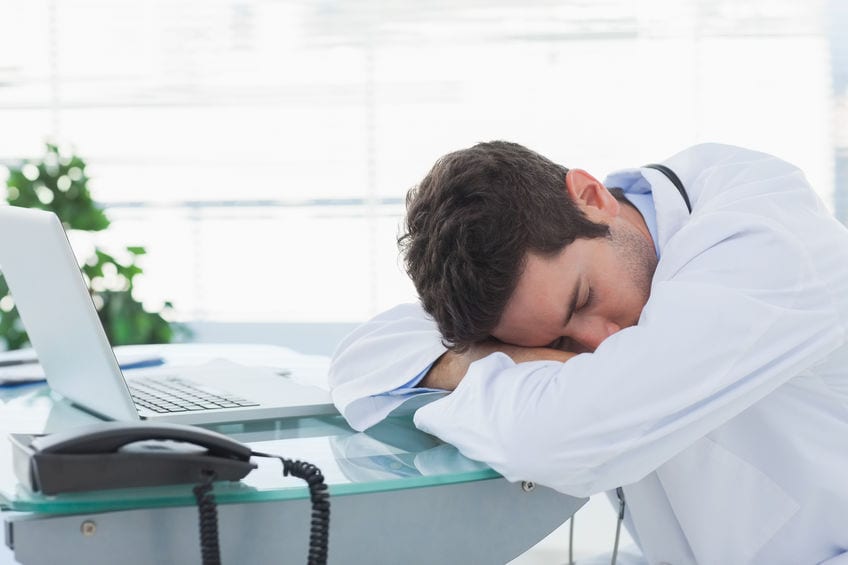 SEATTLE, WA – Recent controversy has sparked at a local teaching hospital at the expense of a trainee. After completing three long yeas of residency, a local oncology fellow (who requests to remain anonymous) received feedback on Medhub regarding his third consecutive inpatient clinical month during his first year of fellowship. Out of a 5 point scoring system in 10 different categories of performance evaluation, he was given an average of 1.7 points, with the only documented problem stating, “He seemed unusually tired” without any additional commentary as to how he could have performed better.

After receiving such a poor performance review, the trainee had to have multiple meetings with the fellowship directors to further evaluate areas of improvement. According to our fellow, none of the next steps were methods to improve issues regarding fatigue and work-related stress.

“They asked me to work on improving clinically by doing additional inpatient months instead of research time… although they still expect me to produce publications, so I guess I’ll sleep even less now.”

He also added that they requested him to give feedback on how he received feedback in Medhub in case that could be delivered better – he requested that more detailed comments should be required to describe why negative feedback is given, and that performance issues should be addressed earlier in his clinical time so he can actively improve before final reports are sent. The directors then gave him feedback that the requested changes in his feedback could not be fully guaranteed. The fellowship coordinator sent out a Medhub survey the next day requesting feedback on how the fellowship leadership managed fellow feedback; however, the link was broken and has yet to be fixed.

In a small attempt to improve the initial report, the attending who gave the report addended his comment, adding “he should also read more.” No changes were made to his numerical scores.

The fellow was unable to provide additional commentary as he fell asleep during the interview.