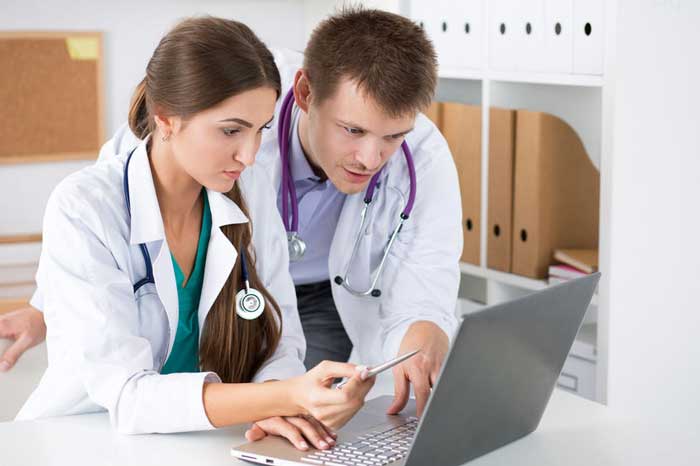 “I believe the idea came from one of the hospital administrators,” said Ted Francis, lead architect for the BONER project. “They thought it would be some kind of moral booster. I have been part of these go-lives before though, I could have told you what would happen.”

Sources report voting was open for one week, but that by the end of the first day, a runaway favorite had already been identified.

“We were sitting around in the call room as the admitting team the day the email came out, so right away we all started coming up with names,” said 2nd year internal medicine resident Kelly Boswick. “It was great. I think our team alone submitted the MORE_SLOWNESS upgrade, the PLAGUE upgrade, and the DOLLAR$IGNS upgrade. An hour after voting opened though, BONER hit the list and then it was pretty much game over.”

As the outcome became clear, hospital administrators briefly tried to cancel the vote before bowing to pushback, greatest of all from the urologists.

“Urology pulls a lot of weight around here,” said urologist and department chairman Dr. Rich Hardwood. “It’s a little hard to recruit out here and we bring in a lot of business. When we saw the vote, we loved it. No way I was going to let them backtrack off that. What red blooded man, or his partner, doesn’t want a nice BONER upgrade? That’s why I went into medicine in the first place.”

“The BONER upgrade was hard,” said RN Alison Moore, EHR superuser and the health system’s senior administrator for informatics. “Like really, really hard. And it took a ton of work to get it up and keep it up. I was getting calls non-stop from my clinicians complaining about the upgrade:

‘My BONER is broken.’
‘Something isn’t working, am I using this BONER correctly?’
‘I thought this was going to be an upgrade but my BONER doesn’t really look any different than before.’

Etc, etc. And it wasn’t just me- they were all calling each other too, asking if their BONER’s were working or not.”

Alison did admit that ultimately everything was smoothed out and the upgrade seems to have been an improvement overall.

“Once everyone finally got their BONER functioning, then it was nothing but cigarettes and high fives,” she said, “Myself included. When you finally get that perfect BONER, it’s hard to live without it. Although I have heard from friends at other sites that if you upgrade to the dark/nighttime shade BONER package, you never go back. I may look into that a bit next time I am on vacation.”