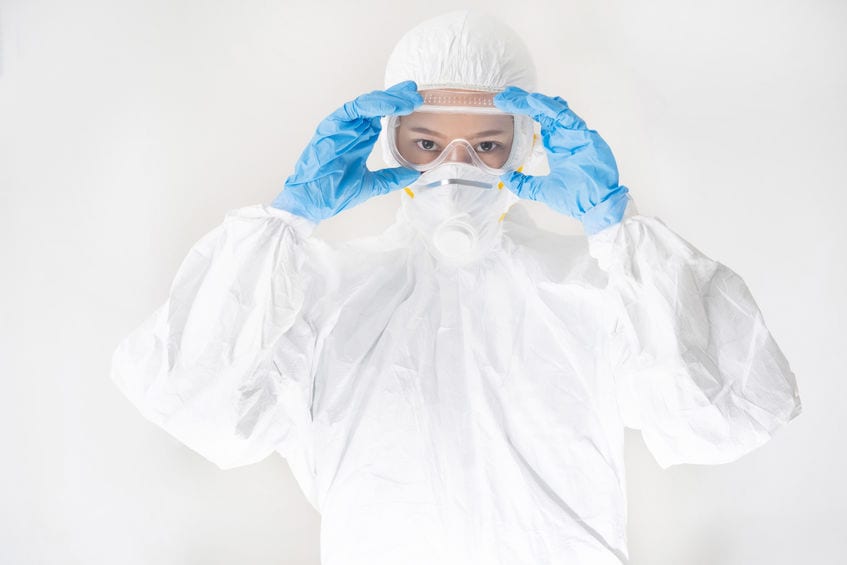 Times are tough for those in healthcare: the novel SARS CoV-2, personal protective equipment shortages, national runs on inhalers and hydroxychloroquine, public health leadership vacuums. Add to that veritable sh**-storm a large contingent of the general public refusing to shelter in place, providers quarantining themselves from family, and the president’s recent insinuation that workers in New York hospitals are stealing masks, and it’s no wonder many health professionals have felt demoralized.

Enter Mike Danton, a 47-year-old part-time RN working in the GI lab of a community hospital with no diagnosed cases of COVID-19. While out on several walks during his five days off last week, Danton noticed locals crowding grocery stores, riding to work in Ubers, and even waiting in line at homeless shelters standing less than the requisite 6 ft apart.

“Something had to be done,” said the incredibly well-rested and groomed father of 2 ‘fur-babies’. Nurse Danton, who had some down-time at work since elective cases had been canceled, decided to don gown, gloves, cap, mask, and visor to show the world what a provider treating COVID-19 might look like.

Holding his iPhone at arm’s length below his face, Danton showed all 263 of his Facebook friends the face of courage. Doffing to type a caption, and because his nose itched, Danton instructed Joe Q. Public to stay inside lest his heroism go for naught.

When asked how layfolk responded to his heartfelt plea, Danton said he wasn’t sure how many people had seen the photo but that it had doubled his prior selfie’s ‘like’ total.

“I haven’t really noticed much change, but hopefully as more people realize we’re laying our lives on the line they’ll take appropriate caution.” Our last check of this unflappable martyr’s photo revealed 8 likes and one, “kick that virus’s ass, Mike!”

Thanks for giving us someone to believe in, Mike – hopefully together we can all kick the ass part of this virus’s capsid.