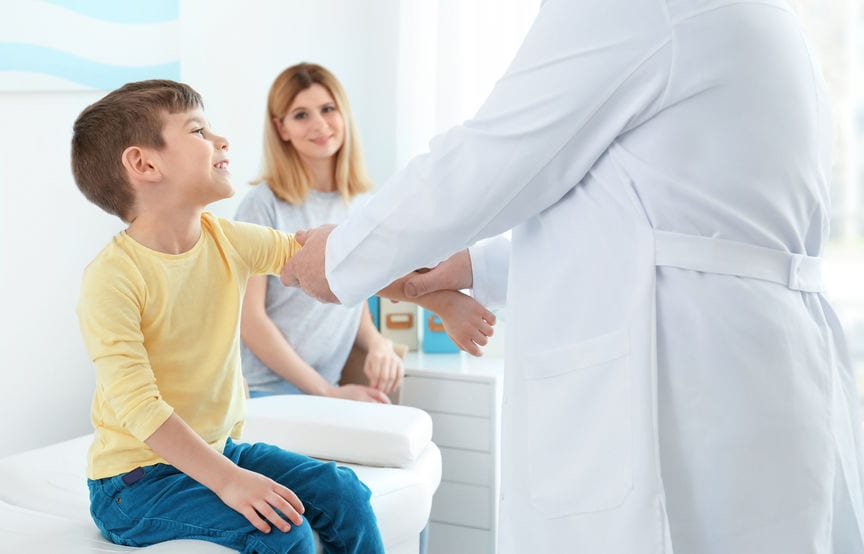 PHILADELPHIA, PA – Dr. John Payne, an orthopaedist at the Children’s Hospital of Philadelphia just announced a shocking discovery he made yesterday, while in his clinic. “I was seeing patients, just like any other day in my 30 year career as an orthopaedist, when a parent informed me that her child has a very low pain tolerance.” This was the first time he had ever encountered such a patient.

“I immediately conferred with my colleagues, and actually no one in the history of the CHOP Orthopaedic Department had ever encountered a child with a low pain tolerance either,” said Dr. Payne. “It has been well documented in the literature that 90% of children have a pain tolerance well above average.”

Prior evidence had always suggested that the other 10% of children had an average pain tolerance. “No one had ever thought that children with low pain tolerance actually existed, but now that we have found a landmark case, it is necessary to pursue further studies,” stated Dr. Payne.

“Early in my career, there were numerous times I suspected I was seeing the elusive low pain tolerance (LPT) patient. They had an injury with no swelling and no ecchymosis and the patient was reporting severe10/10 pain to light touch, sometimes even moments prior to touching them.”

Dr. Payne continued, “However, the parents would explain that their child in fact had a very high pain tolerance. They typically sited as evidence the double ear infection their child had suffered as an infant, despite which they didn’t even cry, and therefore they knew the current injury ‘had to be real’ because they usually never complain.”

Dr. Payne informed us that his LPT patient was actually a native of Canada. He will seek to determine whether there are LPT patients born in the U.S. and whether climate and other factors such as gender, race, and economic status play a role. He and the other orthopaedists at CHOP will soon be launching a prospective double-blind multi-center study. Given the extreme rarity of the LPT patient, they anticipate preliminary results in approximately 10-15 years.