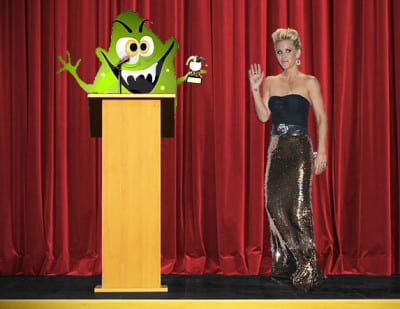 The usual celebrities graced the red carpet: SARS, avian bird flu, Ebola and rising star MERS, who won “Best Chance to Cause a Pandemic.”  H1N1, last year’s winner, presented the award.  Measles and mumps showed up without bubella which set the Twitter-sphere on fire.

The master of ceremonies, Pertussis, captured the night when he presented the “Andrew Wakefield Lifetime Achievement Award” to actress, TV personality, and amateur vaccinologist Jenny McCarthy.  “We are facing the brink of extinction and if it wasn’t for this brave woman’s hard work many of us today would be extinct.”

Pertussis went on to say, “The ruse of linking vaccinations with autism was genius.  Something the best and brightest of us rare diseases never thought was possible.  I mean, convincing the human race that one of the greatest medical breakthroughs in the history of mankind, could be harmful – without any evidence – just seemed impossible.”  Pertussis then went into a three-minute coughing spell and finally presented the award.

McCarthy gave a long incoherent speech consisting of lots of “yeahs” and “likes” when Pertussis interrupted her with a closing statement of encouragement.  “As long as we have people that become well known for their acting abilities and good looks, who promote ‘scientific’ theories and health policies that put a halt to years of dedication and study, we have a shot!”

See how many rare diseases have been saved here.