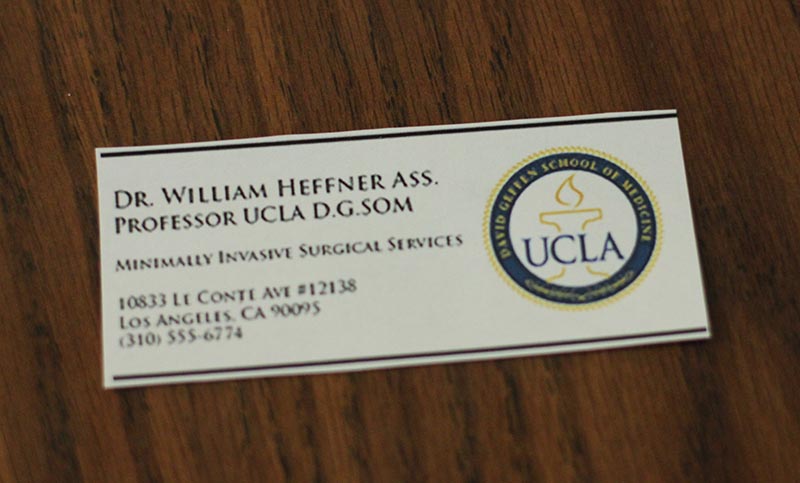 “I never hit enter on the template I sent in.  They called and said there wasn’t enough room, so I said just abbreviate Assistant.  Now the cards read Dr. William Heffner Ass.”  The new cards are a hit with medical students and residents.  “We hand them out to everyone in clinic, after surgery, and on the street.  Dr. Heffner thinks we really believe in his minimally invasive techniques.”

Dr. Heffner is known in the hospital as a self-proclaimed world expert at minimally invasive surgery.  He is known to make residents stand in the corner of the OR, all scrubbed-in, if they answer his pimp questions incorrectly.  He also speaks loudly during surgery, continually talking how great his technique looks.

“Karma has spoken and the truth is now in print,” a resident, who wishes to remain anonymous, told reporters.

Dr. Heffner demanded that 10,000 cards be ordered because patients will “ask for two or three.”  Chief resident Karl Summers bought his secretary lunch for a week under the agreement she would never say anything to Dr. Heffner.