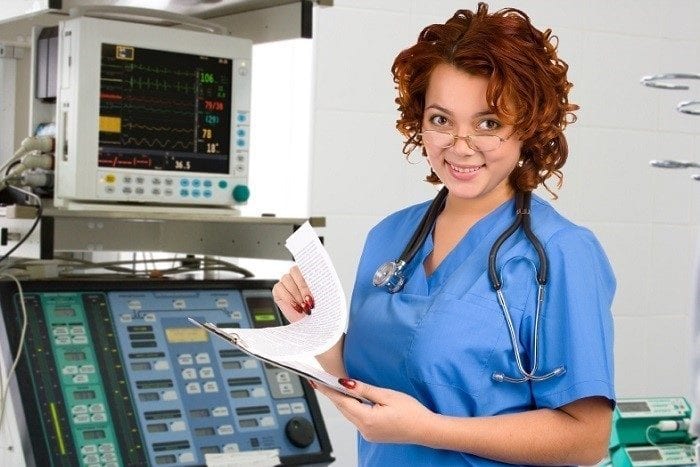 “One of our favorite things to do is to change patient IV drip rates, ventilator settings, ins and outs, and other medications after the interns have rounded, BUT before they present to the entire ICU team,” said Stevens.

“The hopeless look on their face as we chime in to correct their numbers is priceless.”

Stevens went on to say that she only does this for interns that really stick out as conceded and arrogant.

“Interns that treat nurses with respect and bring us cookies will not have any adjustments to their patients before they present.  Get on our bad side, and you’ll look like an absolute fool at rounds.”

One intern in particular made Stevens’ blood almost boil every time she saw her.  She went on to describe how the morning played out.

“This particular intern was despised by all, even the other ‘terns.  She was notorious for interrupting turnover at 7 a.m. and for stealing the medical chart.  I decided to really get her good.  I changed every drip rate, recalculated all ins and outs, called respiratory therapy to change every ventilator parameter, obtained numerous ‘new’ labs, and even paid microbiology $50 in girl scout cookies to give me the bacterial culprit for the patient’s infection – all AFTER she had made her rounds.”

On rounds the gunner intern was corrected on every number and system that she presented.  Her attending thought she was a complete fool and sent her to the diabetic podiatry clinic as punishment.  Tears were reported to be dripping onto her new fancy pediatric stethoscope as she sauntered away.

“That was almost as exciting as untangling IV lines from patients coming form the operating room,” said Stevens.  “I look forward to hiding consult notes from her next week.”