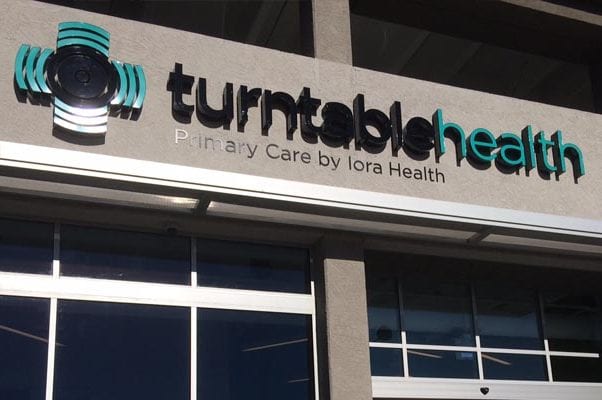 LAS VEGAS, NV – An innovative and daring new health clinic has been recently launched in downtown Las Vegas.  Inexplicably called Turntable Health and led by Dr. Zubin Damania (a.ka. D-list celebrity hospitalist rapper ZDoggMD), it has many local residents knocking at the door to get into the new flat rate membership, “all you can treat” buffet of care. 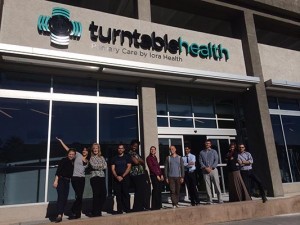 The clinic’s approach is to revolutionize health care by using a team approach to promoting primary prevention of disease, rather than simply treating disease after it has occurred.  Big Pharma is apparently not pleased.

“What is this ZDonkeyMD guy thinking?  We [the Medical Industrial Complex] will lose out on billions of dollars if Turntable is successful in staving off vital and necessary chronic diseases such as hypertension and diabetes… vital and necessary to my CEO bonus!”

“Now patients are going to expect Zumba and Yoga classes, behavioral health specialists, and health coaches at every clinic, and that just isn’t fair!” steamed Dr. Henry Fickles, CEO of nearby competitor Vegas Downtown Medical Partners.  “His model just isn’t sustainable, that is, for the rest of us.  How dare he raise the bar…someone just might trip on it!”

Another local physician in private practice fumed, “I went to medical school to make big bucks in the fee-for-service mill and now ZDogg threatens that.  Besides, if Turntable prevents all these diseases, then Big Pharma won’t have motivation to produce blockbuster drugs that combat poor lifestyle choices, and I’ll lose out on delicious drug dinners.  Not to mention all those pens!”

ZDogg and his clinic offer their services for a flat membership fee, which includes unlimited access to a premier medical facility with a teaching kitchen, yoga studio, and more.  Telehealth visits, texting, and email are all included.  “We believe that the children are our future, and if you teach a man to fish, then a stitch in time saves nine,” proclaimed Dr. Damania in a telephone interview.

To make a new healthcare omelet, however, it appears some eggs had to be broken.  “We used to bank on charging patients for follow up visits that could have been handled over the phone,” said Vegas Downtown Hospital clinic manager, Ron Petersburg.  “Sure, our doctors were burning out left and right, but there were plenty more coming over to replace them from abroad.  Now they’re all going to go work for this ZDork character, and they’re walking around Downtown Vegas smiling.  What the health?!”

A consortium of healthcare industry interests has already launched attack ads questioning ZDogg’s US citizenship.  Collectively known as the AfterBirthers, they have dug up unsigned charts from Dr. Damania’s Stanford days, as well as a politically controversial video called Osamacare, produced by ZDoggMD.  Time will tell whether the Turntable Health model will survive the onslaught.  But as Dr. Dogg puts it, “A gangsta’s life ain’t easy, and pimpin’ is a bit of a chore, but we’ll get there someday son!”