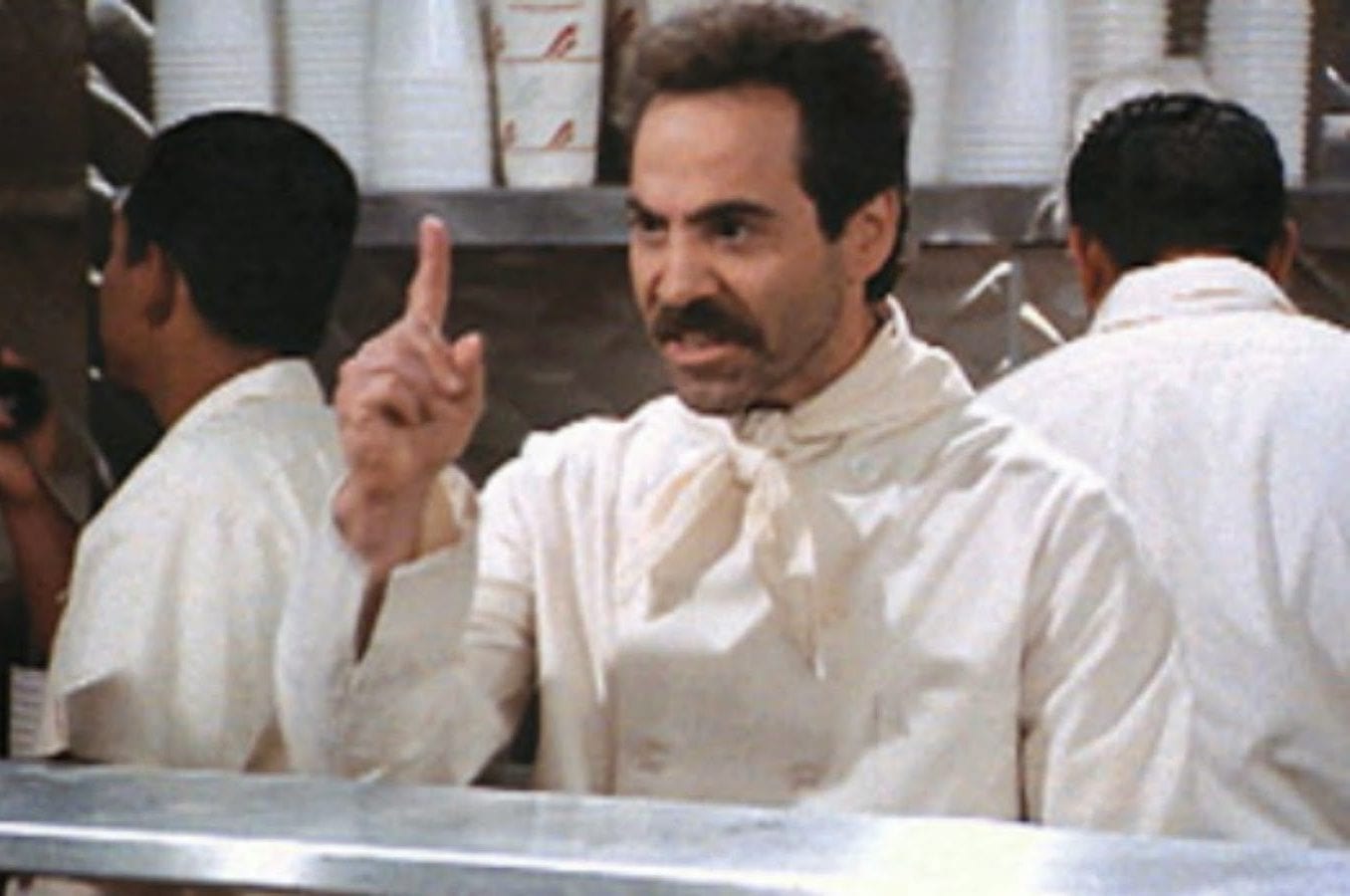 ATLANTA, GA – The famous “Soup Nazi” from Seinfeld has been hired by Memorial Hospital’s ER to dispense or not dispense opioids to patients checking in through triage. 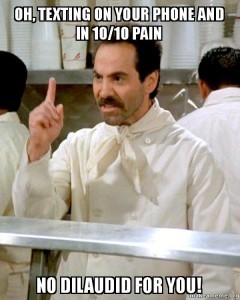 Just as in his restaurant, a single file line forms outside the triage window of patients looking to be seen at Memorial ER.  Once a patient gets up to the window, without prompting, they should simply state their number on the pain scale, place their insurance card on the counter, and shift two paces to the left for observation without making eye contact.

“Dilaudid Nazi” assesses their response, possibly uses a sophisticated pain detector device, and decides if they need to be seen and if narcotics are warranted.

Common responses include, “Oh, texting on your phone and in 10/10 pain, no Dilaudid for you!  Next!” and “Oh, Demerol is the only drug that works for your fibromyalgia, no Demerol for you!  Next!”

One patient even had the nerve to ask “Dilaudid Nazi” for free bread at the counter.  The price of bread quickly escalated eventually leading to the patient being refused care.  “No bread or Dilaudid for you!  Next!”

Since Memorial Hospital hired “Dilaudid Nazi,” drug seekers and frequent flyers have decreased an astounding 94%.  “Nobody has the guts to try and take on ‘Dilaudid Nazi’ if they really aren’t in pain,” said EM physician Dr. Debra Wilkers.  “I hope we can duplicate Dilaudid Nazis at other hospitals in the future.  This could revolutionize ERs across the US.”

Here was his resume that he submitted to Memorial Hospital: Best of Soup Nazi’s Bits