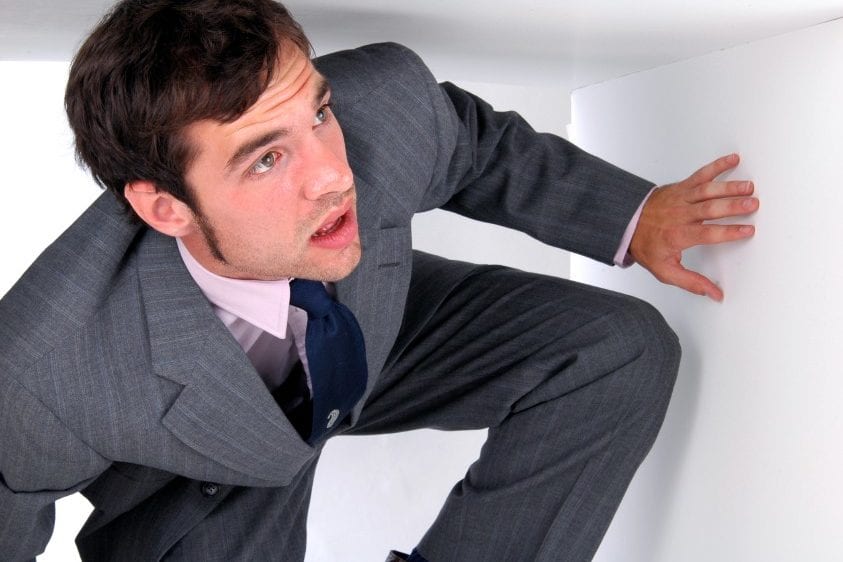 CHARLOTTE, NC – Last week at a cocktail party, a local woman was thrilled to learn that a another guest was a practicing internist.  “I’ve got to meet him!” Sandy Rosenbleeth confided to her long-time friend.  “I’m going to take advantage of this casual setting to finally get some answers to why I haven’t felt right for years with my medical symptoms.”

Dr. Steve McMasters, an internist with a thriving practice in town, couldn’t have possibly expected the torment that awaited him as the 43-year-old Rosenbleeth approached.

“So, I hear you’re a doctor,” she cooed, reaching out her right hand after introductions were given.  “Tell me, what do you know about abdominal migraines?”

A cold sweat immediately broke on McMasters’ brow.  “‘Here we go again,’ I thought to myself,” explained McMasters when recalling the encounter.

“I started to mentally prepare myself for at least 15 mintutes of soul-sucking boredom mixed with the angst of planning an escape.  I was able to cordially respond with a few brief, vague answers to her initial questions.  Unfortunately, she had me cornered in the dining room of my friend’s home, so there was no easy exit.”

“She began to bring up her 22 years of suffering with interstitial cystitis, and my heart sank.  I reflexively asked if she had a urologist, and mentally zoned out for her response and details of the course of her ‘disease’ as I began to experience palpitations.  I felt inside my hip pocket for my cell phone, knowing that if things got desperate, I could fake a phone call, mentioning that I keep my phone on vibrate mode to explain the lack of ringing… It wasn’t there!  I had apparently left it in the car.”

“I didn’t know what to do to get away.  I started to get nauseated at the mere thought of the conversation continuing.  I tried to make eye contact with some people I knew at the party, in hopes of drawing them over to help me and change the conversation.  It was useless.  I was trapped.”

Rosenbleeth continued, next bringing up her fear of chronic aspartame poisoning.  “She was rambling about how eating all natural, organic, gluten free had helped her cyclic vomiting syndrome somewhat, but that her chronic fatigue syndrome was still rampant.  She wondered if she could be suffering from leaky-gut syndrome.  I was getting short of breath and began to pray that God would grant me a brief, non-lethal arrythmia that would make me pass out, but not die.  It never came.”

“I longed to be in my clinic talking with her, knowing that if she were a patient, her 15-minute slot would have long been expired, and I could have gotten her out by bumping up her Lyrica dose or some crap.  When she began to mention how debilitating her restless leg syndrome had become, I knew I had to think of something quickly.  There was no end in sight.”

“‘I’ll turn this around on her!’ I thought as the light bulb went off in my head.  ‘I will feign a pseudodisease myself, so as to make my escape seem socially acceptable!’  I toyed with the idea of abruptly dropping to the floor, pissing my pants, and flailing around like a ferret being electrocuted, so as to convince everyone I was having a seizure.  That seemed a little extreme.  Another idea popped into my head.  ‘I’m feeling a litte hypoglycemic,’ I mentioned.  ‘I had better get a quick snack.'”

“It worked!” exclaimed McMasters.  “She mentioned how that happened to her all the time, and pointed me towards the hors d’oeuvres table in the front parlor.  I began to place some mini quiches and tiny ham biscuits onto a small plate, and as she turned away, I briskly walked out the front door and never looked back.”

McMasters then drove to a local watering hole where he drank Miller High Life and watched a meaningless regular season baseball game between the Cincinnati Reds and Houston Astros, never uttering more than a grunt to the bartender when he needed another beer.  “It was probably the best two hours of my life,” he confided.