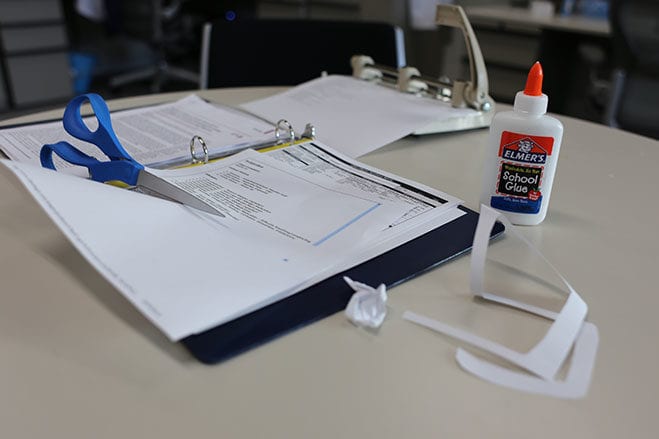 CAPE COD, MA – A hospitalist at Cape Cod Medical Center, Dr. Chris Gallagher, has been under heavy scrutiny after being accused several weeks ago by his own hospital staff of abusing “copy and paste” in his medical records documentation.  Though Gallagher has claimed no wrongdoing, hospital staff including medical records and risk management believe he’s not telling the truth.  According to sources, he has been using and abusing copy and paste in paper charts and has been doing this for months.

“I’ve seen rampant abuse of copy and paste all over,” said Monica Powell, who works in the medical records department at Cape Cod Medical Center.  “CRTL-C and CTRL-V are probably the most used buttons in electronic medical records.  We don’t have that here yet.  We use paper charts.  This is… I don’t know what this is.  This is on a whole other level.”

Gallagher denies using copy and paste.  “I write a fresh note each and every day,” insisted Gallagher.  “Besides, how would you be able to tell I copy and paste anyway?”

“I’ll show you how,” explained Powell this morning, grabbing one of the Gallagher’s patient charts.  “Take a look at it.  Clearly copied, clearly pasted.  Child’s play, wouldn’t you agree?”

“I don’t know what you’re talking about,” replied Gallagher.  “Fresh notes every day, I swear!”

Gallagher remains stubborn and the evidence keeps mounting.  In one paper chart, Powell states Gallagher had copied and pasted a note upside-down, with glue stains trailing all over the chart, ruining several electrocardiograms and nursing notes in the process.

A few days ago, an eyewitness observed Gallagher running out of Elmer’s Glue and improvising a way around it; he copied and stapled into five charts, then copied and Scotch-taped into another five.  Finally, yesterday morning, his carelessness reached a new level when he used scissors to cut out an old note, duct-taped it onto a new note, wrote the date and time on the new note in blue crayon, and left the old note with a gaping hole in the middle.

Powell, risk management, and hospital medicine are continuing to approach Gallagher in the hopes that he will admit his mistakes.  Until then, Cape Cod Medical Center has been put on high alert to hide scissors, glue, tape, staplers, and limit access to copiers and fax machines.  Furthermore, they have also been asked to lock away all crayons, glitter, and children’s stickers.  Just to be safe.