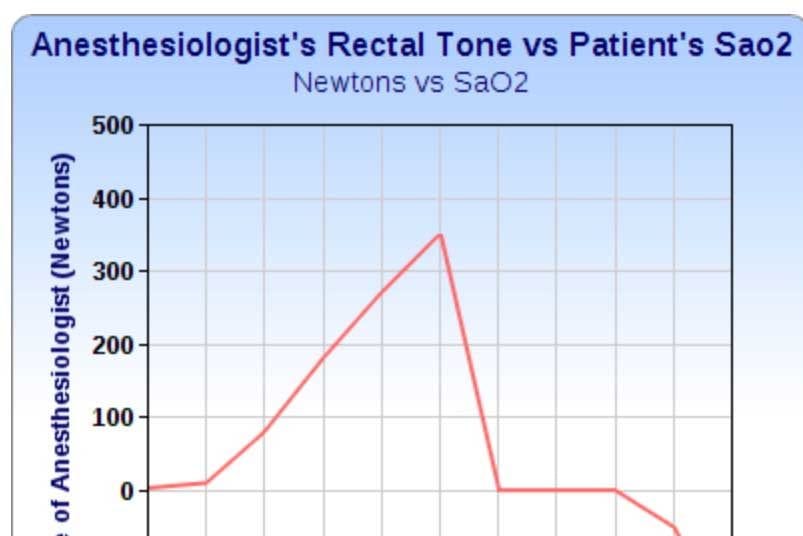 BERLIN, GERMANY – A new and controversial study out of the esteemed Higginstein Community Surgery Center describes a curious phenomenon regarding rectal tone of anesthesiologists in response to the oxygen saturations of their patients. 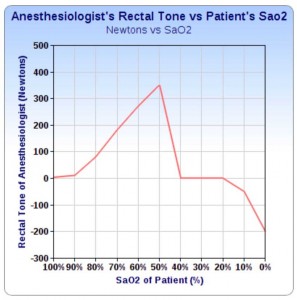 Noted researcher and board game enthusiast Dr. Doggles Heister designed an unconventional study to examine the conflicting experiences of anesthesiologists during acute intraoperative events.  Heister explains: “Some physicians say their sphincters get tight enough to crack walnuts when patients desaturate.  Others report crapping their scrubs.  I’ve done both, and I wanted to understand what’s going on down there.”

The study was performed after the IRB had left for the day.  Soviet Army surplus manometers roughly the size of soda cans were inserted into resident anesthesiologists who were volunteered by their classmates.  Senior partner Kris Kanlaz agreed to serve as control for personal reasons.

Kanlaz’s probe showed physiological peristaltic waves with occasional spikes that correlated to Fox News Alerts from the lounge TV.  One massive squeeze did occur when Kanlaz received a page from his vice chairman.

“The results appear to be biphasic,” Heister said.  “Physician sphincter tone dramatically rises but suddenly plummets as patient oxygen levels continue to fall.  So an anesthesiologist can indeed generate walnut-cracking pressures only to crap himself or herself seconds later.”

Critics argue that the study lacks clinical application.  Heister counters that he hopes the research world will take notice once he has duplicated the results in rats.  PETA has already objected to this proposal, stating that such invasive experiments should be reserved for anesthesia residents and SRNAs only.

About Dr. Doggles Heister: Heister is the author of “The Anesthesia Machine Works Better When There’s Sevo in It: Another Study We Didn’t Tell the IRB About.”  He is currently before the medical review board.