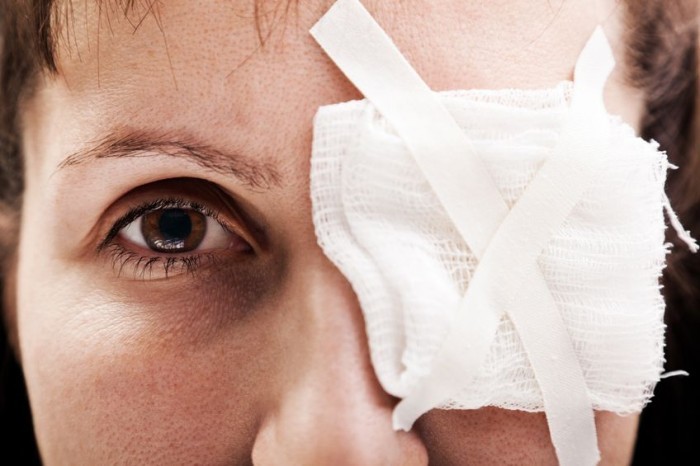 “The resident asked for IO access so naturally I fetched an intraosseous start kit,” explained nurse Steven Killen.  He shakes his head.  “Leave it to the intern.  Next thing we know, he attached the needle to the power drill and aimed straight at the patient’s sclera.”

“In Alex’s defense, IO can stand for many things,” said ICU attending Jason Mueller, scratching his head.  “It can stand for intraosseous… intraocular… intraovarian… yeah, no, I don’t know what to say, my intern really dropped the ball on this one.”

Numerous providers present at the code stated that the silence was deafening when Franklin announced he had secured intraocular access.

“We didn’t know what to say,” explained charge nurse Gail Gatlin.  “An eyeball IV?  Shocking.  But when no one else could get peripheral or central access, we shortly realized, ‘Wow, this intraocular access is actually pretty darn secure,’ so we just ran with it.”

Cousins was successfully resuscitated and has surprisingly recovered quickly without any residual deficits.  She does describe the “IV in my eyeball” as “a little annoying” but admits “I’ve been through much worse” and states “I’ll be fine.”  Later that afternoon, Cousins was transferred to the medical floor where she continues to do well.  Ophthalmology was consulted and are extremely excited to clean up the mess, stating, “Wow, we haven’t seen anything like this: WTF IO IV OS!”

In other news, the 20-year-old healthy male one door down from Cousins’ room with an acute on chronic papercut, David Black, is wailing incessantly and begging for Dilaudid, screaming, “This is unbearable, I think I’m going to die,” referring to the clean and secure 18-gauge in his right hand, before putting his headphones back on and texting his friends on his cell phone.