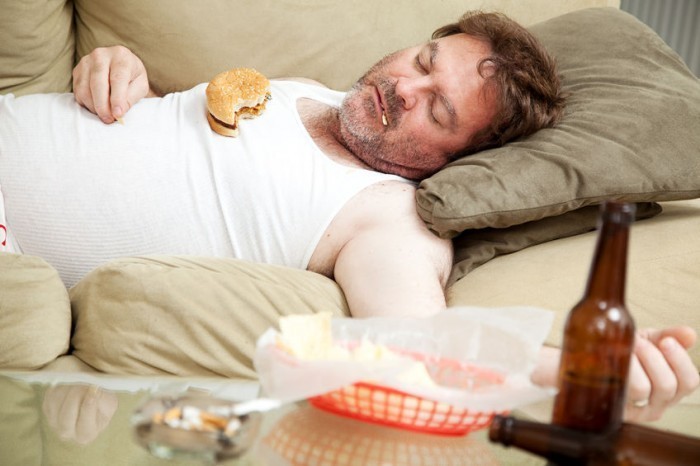 CHICAGO, IL – As you pass by the ER entrance at Cook County Hospital, the unmistakable aroma of grease, processed burgers, and cigarette smoke fills the air.  Patients loiter outside smoking and proceed inside to consume their McAngina sandwiches with fries, long considered a nuisance by ER staff.  Hospital Chief Innovative Officer, John Prince, thought differently.

“I used to pass by the ER every day and try to hold my breath to keep from having an asthma attack.  One day, though, as I saw a patient exchange half of his box of fries for a cigarette, I realized that we had a marketplace in our midst– and our hospital wasn’t getting anything out of it.”

Prince (who studied business, finance, and innovation at the University of Phoenixtreme) and warrants him being in charge of a hospital, got to work right away.  As he began to interview patients and observe their behaviors, he realized that many of them would stop for fast food on their way to the ER, even if they’d suffered trauma.  As a matter of fact, eating McAnginas enroute to the ER was an independent risk factor for necessitating emergent surgery with an odds ratio of 5 in recent studies. He then made partnerships allowing local fast food restaurants to open locations right on the hospital campus.

“They never let me eat after I get here, and it’s an awfully long wait sometimes,” observed a patient with a knife sticking out of his chest who wished to remain anonymous.  “After 2, 3, even 4 guys beat you up, it can be awfully hard to drag your butt down the block to Wendy’s and then make it to the ER.  Now that Wendy’s is conveniently located right here, I save myself time and don’t lose as much blood since I use the convenient drive thru and resuscitate lane first.”

The merger, which has boosted patient satisfaction scores and overall ER visit numbers, has been incredibly popular with patients and staff.  The hospital cafeteria staff – most of whom now spend a majority of their day stirring the same pot of soup over and over – see the move as disappointing, but still the next logical step.

“I mean, hospitals are buying up primary care practices and surgical centers all over, making these big mergers.  They’ve been taking money from soft drink manufacturers and pharmaceutical companies for years.  It only makes sense,” commented one kitchen worker who expects to start working at the in-house smoked BBQ restaurant “very, very soon.”

Selling cigarettes on campus was a bit more of a tough sell to the administration on a hospital that was trying to create a “smoke-free campus,” but when Prince worked out a deal for the Phillipe Morris Pavilion with a dedicated smoking area right next to the Oncology building as a “Harm Reduction Safe Space,” everyone had to agree it made smart business sense.

A representative from Phillipe Morris offered this statement: “In a way, we need the hospital as much as they need us.  Without catheters and nebs, our customers would stop buying our products.  Without our products, these wards would be a lot lonelier.”

Hospital CEO Connor Flikintress defended the decisions.  “Times are only getting harder for us all as the government keeps threatening to cut off the money that’s helped us grow our medical system and squelch the free enterprise of these other companies.  We’re just giving patients what they want.”