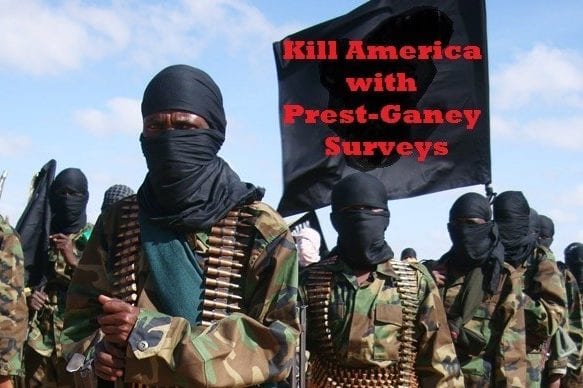 GUANTANAMO BAY, CUBA – A detainee with confirmed ties to Al Qaeda made claims yesterday that the group operates an American corporation designed to destroy the U.S. health care delivery system from the inside.  Al-Piq A’Bugr, an alleged Al Qaeda operative and Yemeni national, spilled some chilling details during a friendly questioning session over a waterboard at Gitmo. 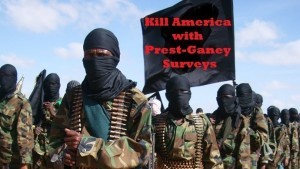 “We set up our medical research firm in the least likely place anyone would suspect Islamic extremist activity: South Bend, Indiana.  Then we gave it an incredibly capitalist, almost law-firm sounding name: Prest Ganey. That part was easy.  The next steps were a combination of shrewd planning, good fortune, and American stupidity.  We were able to convince virtually all of America that patient satisfaction is a good marker of health care quality!!”

“Anyone with a shred of common sense or a few days of experience caring for patients knows that this concept is absurd.  However, thanks to our lavish dinner and golf meetings with high-ranking government officials, insurance company big-shots, and Big Pharma CEOs, our clinically useless but easily collected patient satisfaction data now determine public perception of good medical care.  We met with anyone we could in the health care industry.  Well, besides the doctors, nurses, and health care providers in the trenches, of course.”

Between gasps of air and “refreshing dunks,” A’Bugr continued.  “We hoped and prayed that our company would cause the doctors, nurses, NPs, and PAs to go on strike and, due to their collective absence, endanger the health of ill Americans seeking medical care.  What we got was beyond our wildest fantasies (well, except for that whole 23 virgins in heaven thing).”

“The doctors and nurses had no backbone to stand up to our sham company, the government and insurance companies forced our meaningless data down their throats, and the patients became captains of the ship.  It became, quite literally, inmates running an asylum.  Patients got more tests, more cancers, more drugs, more prescriptions, more addictions, and higher mortality.  Here is the best part: the government, American taxpayers, and insurance companies are funding it all!”

“Thanks to Prest Ganey, Americans are not only sicker and more likely to die, they are also dependent on drugs and in more debt by the billions.  If that weren’t enough, the Prest Ganey sham provides us with at least $100M in revenue per year.  And Americans can’t figure out why their medical bills are so high.  Blahahahahahahahahahahahahahahaha!!!!  Derka Derka!!!”