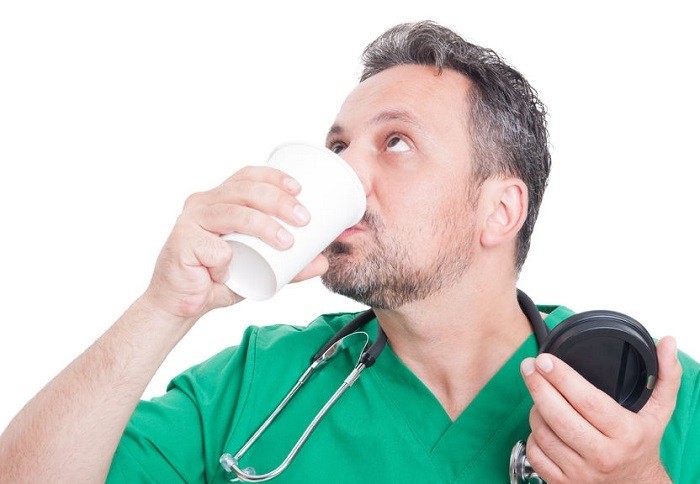 ATLANTA, GA – In a dazzling display of true skill, Georgia Medical Center respiratory therapist (RT) Chris Gilbert not only managed to obtain an ABG from a difficult stick and critically-ill ICU patient this morning, but managed to do it one-handed while drinking coffee in his other hand, effectively elevating himself to the status of Legend. 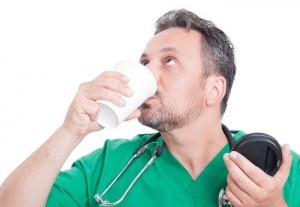 “It’s as badass of a move if I’ve ever seen one,” commented ICU resident Kara Michaels, who was unable to obtain an ABG after multiple attempts.  “I can’t even do an ABG with two hands, let alone one.  How do you even…”

“He didn’t take any shortcuts either,” added charge nurse and founder of Gilbert’s Fan Club Roger Mabry.  “I watched him.  Proper form, draping, cleaning, and no one helped him.  It was perfect.  We gave him a round of applause when he finished.  It was incredible.”

Gilbert has been an RT for several decades and no one will argue: he is the best.  He can do it all and he does it better than everyone else.  Pulmonologists listen to him.  When it comes to ABGs, everyone – even critical care physicians, pulmonologists, and nephrologists – look up to Gilbert.  He is the master.  No one even comes close.

“To be frank, I don’t know any health care professional who can do any procedure one-handed,” said ICU attending David Granger.  One of Granger’s most prized possessions is a venturi mask autographed by Gilbert.  “But Chris, what can’t he do?”

Granger brings up a valid point: Gilbert is not a one-trick pony.  According to people who have seen The Legend at work, he has performed intubations and extubations both one-handed and blindfolded.  He has administered nebulizer treatments using his feet.  He can look at an arterial blood sample and guess its pH, pO2, and PCO2 with 99.9% accuracy.  Now he can perform one-handed ABGs while drinking a fresh cup of morning joe.

According to coworkers, Gilbert became so proficient at ABGs that he simply grew bored of them.  To keep things interesting, he challenged himself earlier this month to perform ABGs using one hand.  And not just any hand: his nondominant hand.  Not only was it a piece of cake, he sometimes uses that free hand to eat a piece of cake.

What’s next on the horizon for The Legend?

“I love darts, so maybe I can nail some ABGs from distance,” joked Gilbert, though he is probably very serious about this.  “I’ll start from the foot of the bed and work my way to the other side of the hall.  Maybe bank it off a crash cart; nothing but artery.  ABG darts.  Can it be done?  I have no idea, but I’m pretty excited to find out!”