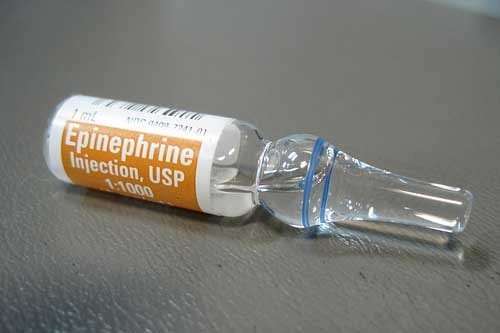 FORT WAYNE, IN – A nurse’s worst nightmare occurred tonight at Lincoln Memorial Hospital in Fort Wayne.  A code blue was called overhead and nurses and doctors rushed to the scene of a crashing patient.  What happened next will likely haunt Emily Meytonton RN and others, for years to come.

A 64 year old was found to be in pulseless electrical activity (PEA).  Due to recent Joint Commission visits and new hospital administrators, a new bar code medication dispensing machine was ordered to replace nurses pulling medications from Pyxis machines and code carts.   Nurses were apparently making too many medication errors and administrators were fed up with it.

“I first went to the code cart, but it was empty.  Those administrators had emptied out the carts last week,” stated Meyerton.  “I ran to the new bar code machine and scanned a code for epinephrine on the screen, followed by the patient’s wrist band, but then a window popped up and said ‘Allergy to Epinephrine, Heart Races, Can’t Dispense’.  I tried frantically to override it, and even struck the machine like a vending machine, but we were stuck…”

Unfortunately the 64 year old patient did not receive epinephrine and passed away.  The patient had listed an allergy to epinephrine on his hospital admissions paperwork which was entered into pharmacy records and the bar code system could not be overridden.

Hospital administrators could not be reached for comment since it was a Sunday, but sources close to GomerBlog indicate that the new bar code scanner machines might have to be looked into as a hindrance to patient safety and care.