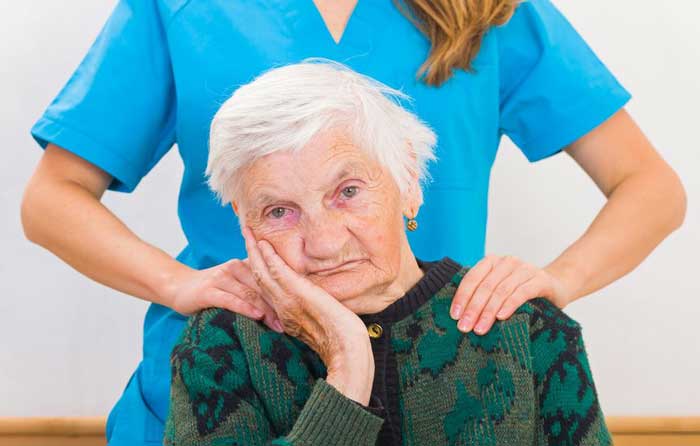 SEATTLE, WA – Looks can be deceiving.  87-year-old Marsha Lynch may look like a lovely little old lady, but when she sundowns, she’s one doozy of a patient.  Lynch has earned the nickname “Beast Mode” on the medical floor of Seattle Medical Center (SMC).  And with yet another urinary tract infection (UTI) brewing, it’s no wonder that Beast Mode is in full force. 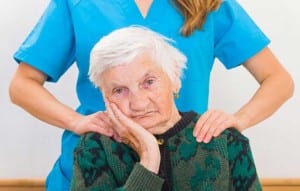 “GET THE HALDOL!!!” screamed charge nurse Erin Rodgers, as she reached for a Seahawks football helmet to put on Lynch’s head and a football to put into her arms.  “HURRY!!!  GET SOME ATIVAN TOO!!!”

Beast Mode was diagnosed with vascular dementia several years ago and has been victim to dehydration and UTIs.  She’s been hospitalized numerous times this year alone.  Though medical teams have tried elephant doses of Haldol and Ativan to slow down Lynch, nothing has ever really been effective in taming the 87-year-old monster.

“BEAST MODE’S COMING, DUCK!!!” warned nurse Don Brady, only to turn around and get clotheslined and stomped on by Beast Mode.  “CALL FOR HELP!” he added, as she saw her johnny and exposed bottom disappear into the hallway.

“We’re gonna need more than a 1-to-1 sitter this time,” calmly instructed Wilson.  “Where’s the closest computer?  QUICKLY!!!”  Wilson eluded the nifty fall-precaution-socked Beast Mode and managed to create separation, enough to spend a few extra seconds surveying the options on her chart and orders.  Efficiently, he scrolled through the types of sitters … 1-to-1, 2-to-1 … until he found the one he wanted.  “There it is!  GOT IT!”  Wilson is no stranger to this kind of adversity.  He ordered the rarest of orders: the 11-to-1 sitter.

“The 11-to-1 sitter is in fact 11 people against 1 patient,” explained defensive hospitalist Danielle Quinn.  “Most know of the 1-to-1, but sometimes that’s not enough.  11-to-1 is for the rarest of rare patients, the demented Beast Modes, with their elite level of agility and agitation.  It’s the safest thing for patients and hospital personnel.  What’s the formation of the 11-to-1 sitter?  To anyone who’s a football fan, it’s basically a goal-line package.”

Within minutes, 11 sitters blitzed into the room of Beast Mode and sacked her for a huge loss of IV access.  Thankfully, the 11 sitters were able to calm down Beast Mode and hold her down to secure IV access once more.  As things stand, the patient is in bed, restrained, and under the close watch of 11 sitters who are sitting checking their emails inattentively on 11 bedside computers.  Peace has been restored momentarily.

“PHEW!!!!” exclaimed Rodgers, her scrubs drenched with sweat as she flops onto a chair with fatigued satisfaction.  “My goodness that Lynch is a handful!  Is an 11-to-1 sitter a new record?  Awesome!  Can’t wait to put that in my nursing notes.  BOOYAH!!!”

Lynch remains cooperative and surprised everyone later by agreeing to a noncontrast CT of the head.  A preliminary read is negative for an acute intracranial process, but is “notable for a large circumferential and spherical extracranial opaque mass with wires likely consistent with a football helmet.  Recommend clinical correlation.”