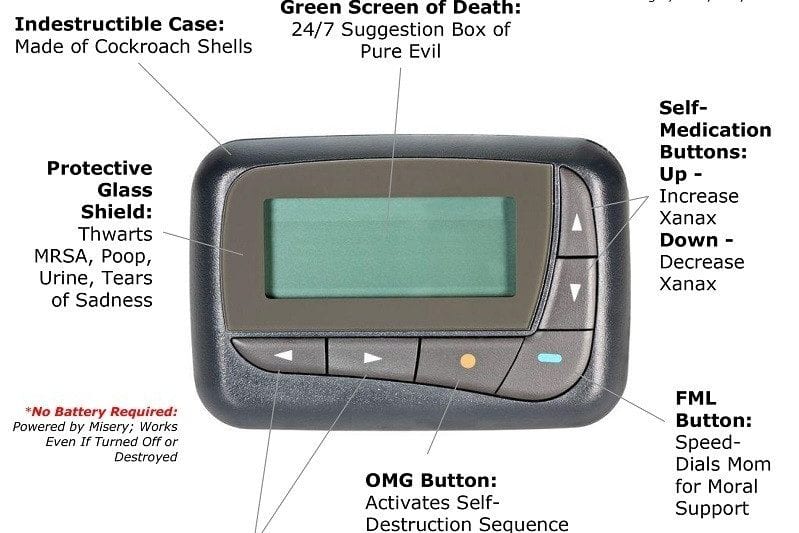 Finally.  Pagers are on their way out for good!

To the delight of physicians, physician assistants, nurse practitioners, nurses, and any other health care provider who carry a pager, October 16, 2015 has officially been declared the National Toss Your Pager in the Trash Day according to the American Medical Association (AMA). 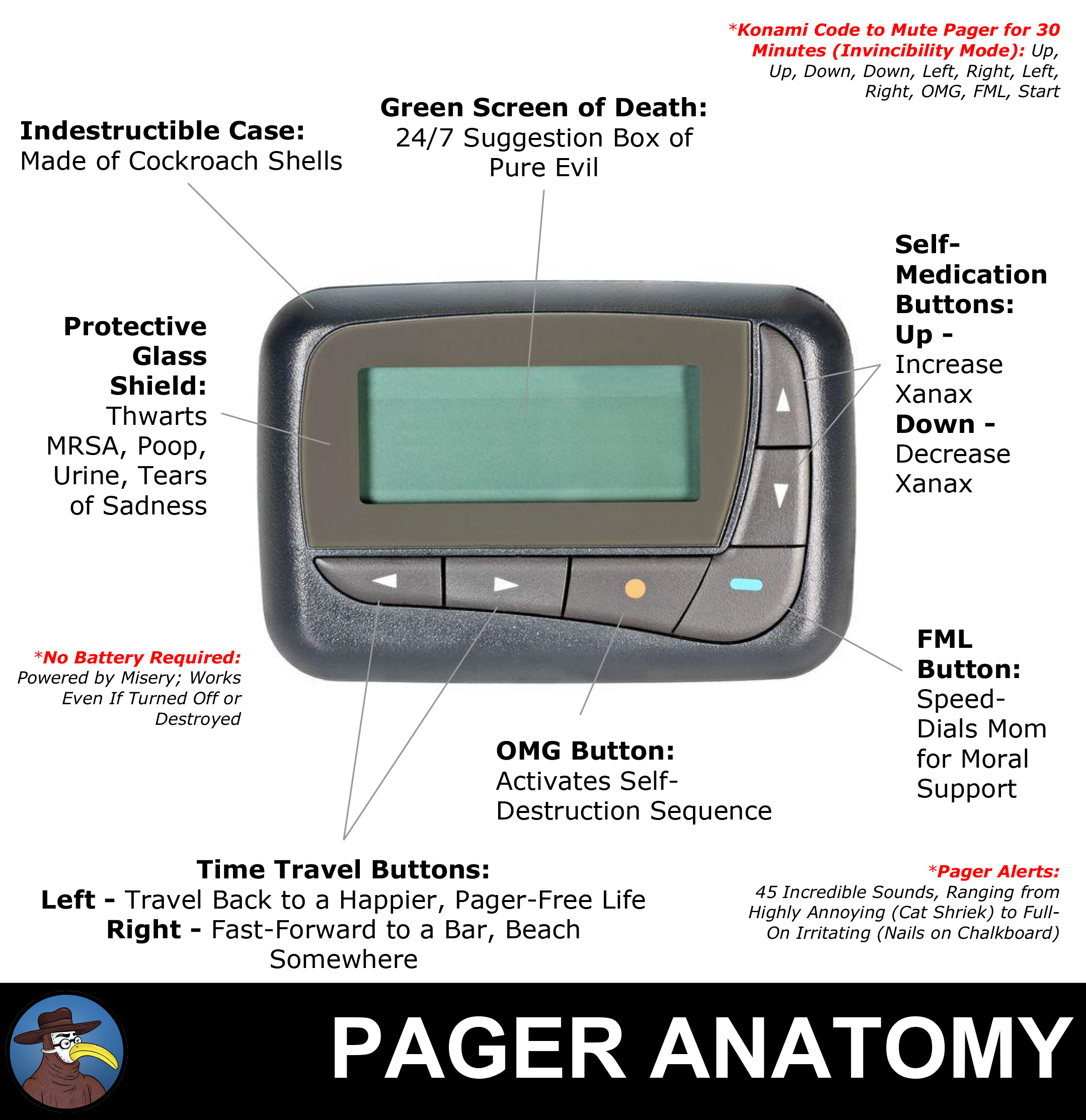 “About time!” cheered intensivist Dr. Amanda Hollows.  “Maybe a few drug dealers and us health care providers are the only ones still using this archaic technology.  That’s it!”

With about 99% of hospital employees owning and using a cell phone (the other 1% are literally hiding under a rock outside the hospital completely burned out from working) and the rapid expansion of cell phone towers and WiFi networks, connectivity is at an all-time high.

“It just makes more sense,” said physician assistant (PA) Michael Androwski.  “I mean the pagers use to be heralded as the gold standard in communication, but pagers have multiple problems.  The pager network goes down all the time, there are still areas in the hospital that the pagers don’t work like radiology, it rarely works from my home, and they make a horrendous angina-producing sound that just makes me want to chuck it down a long hallway.”

Androwski’s dream has arrived today as it is time for everyone to chuck their pagers as hard as they can into the trash or down a hallway and give them up forever.

“Cell phones and using patient WiFi networks are the way to go now,” said emergency medicine (EM) physician Jason Kumar.  “The hospital has installed blazing fast WiFi networks throughout the hospital for better patient satisfaction, so we might as well take advantage of it.”

Hospitals are creating rapid response teams and code blue teams on Facebook and Twitter in order to alert providers to medical emergencies.

“Most people are on Facebook or Twitter anyways at work,” said hospital administrator Tammy Waterson.  “The best way to make announcements besides an overhead call is to post it on Facebook for everyone to see.”  The hospital Facebook app will allow specific posting such as consults, orders, and a comment section to help diagnose patients.  Emojis will become an integral component for consults or writing orders.

Wind up your arm and toss that pager in the trash right now.  Pagers are dead!