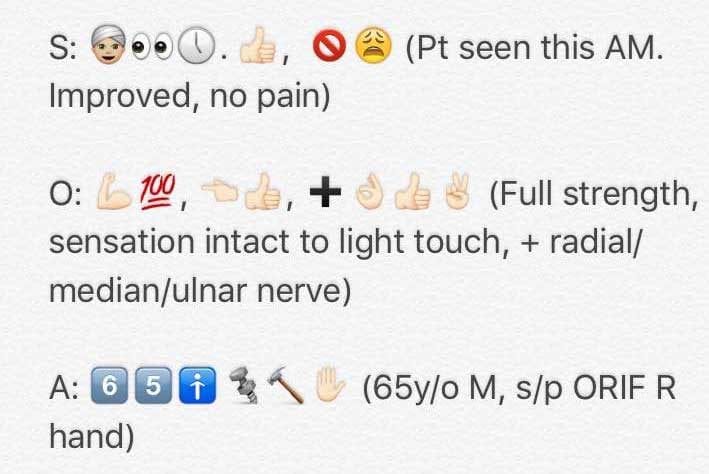 CHICAGO, IL – In a progressive move by the National Orthopaedic Society of Orthopaedic Surgeons and Orthopaedists (NOSOSO), emojis have now been approved to be used in progress notes, as a means of increasing efficiency in busy hospital systems.  This move was inspired after an orthopedic surgeon successfully wrote a ‘No Worder’ SOAP note earlier this year.

“Anyone who has read an orthopaedic progress note knows that they are some of the most thorough and verbose notes in medicine,” says NOSOSO vice chair Dr. Michael Gainzberg.  “Allowing emojis will significantly decrease time residents spend writing notes, thus increasing OR and education time.”

“I love it!” says Jason Staghorn, an orthopaedic surgery resident at Memorial Hospital.  “I was spending like 3-4 hours of my shift writing 6-7 progress notes, but now I can just insert emojis to shorten everything.  More time in the OR, more time on Orthobullets CRUSHING questions, its awesome!”

Although emojis were initially meant as an adjunct to replace commonly used words and phrases with symbols, ortho residents quickly capitalized on this new system by producing all emoji notes, with no actual words.

An example can be found below: 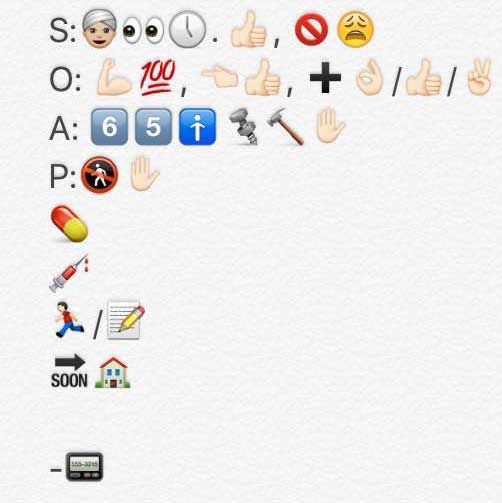 With descriptions (for purposes of this article only): 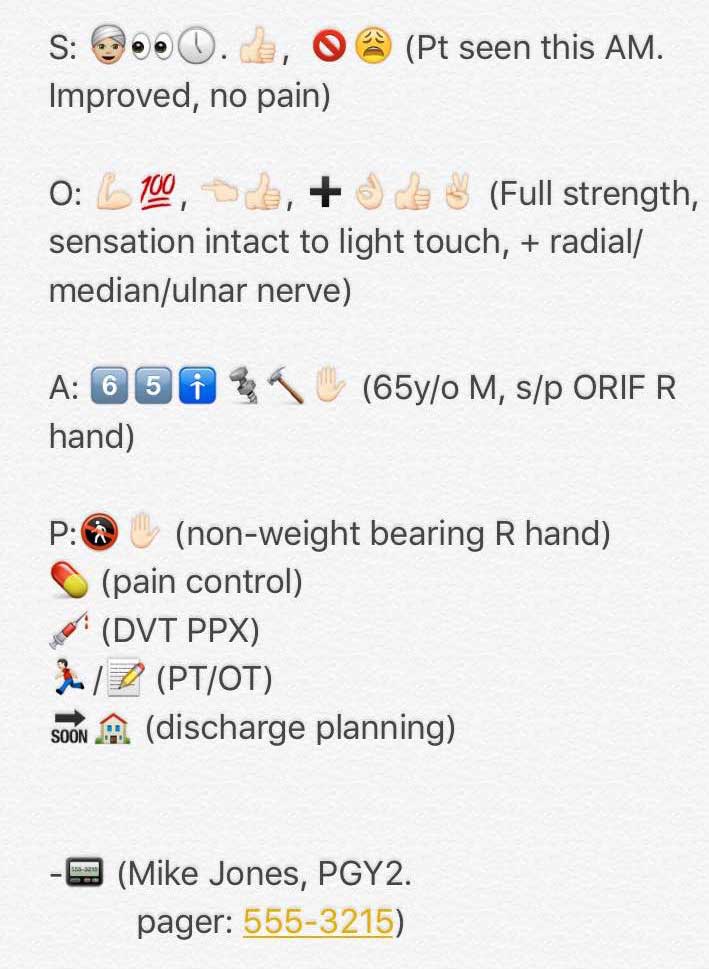 Although a clear plus for orthopaedics, other services have been less than pleased with the new emoji notes.  Comments medicine resident Steven Smith, “Are we sure this is a move in the right direction?  Based on their previous notes, I was convinced these guys didn’t know how to write.”

Orthopedic surgeons, along with many other physicians are planning to use the new Emoji ICD-10 codes to expedite billing after the Oct 1st release.