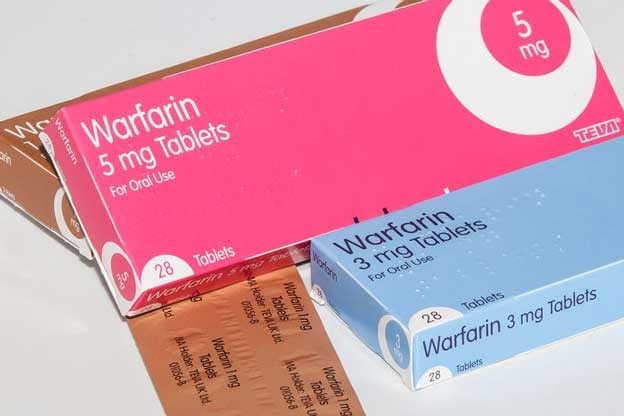 NASHVILLE, TN – Tennessee Health Sciences (THS) has decided to pick up the critically-acclaimed inpatient TV program known as The Coumadin Channel, which means diehard fans – patients and medical personnel alike – will get their wish for at least one more riveting season of anticoagulant-related information and plot twists.

“Patients win, nurses win, everybody wins,” said THS hospital administrator in charge of inpatient TV programming Steven Blacksuit.  “This is the most viewed program not only in our hospital but in hospitals nationwide.  It was a no-brainer.  Channel 143 is here to stay!”

Last year, The Coumadin Channel saw a robust increase in viewership thanks to the hiring of a new executive producer and cast of creative writers formerly employed by the WWE.  With the introduction of protagonists, antagonists, evil twins, convoluted plot lines, and, more importantly, different fonts and background screens, patients were clinging to their bedsides, hanging onto every adverse reaction and food interaction uttered last season.

“The most popular episodes were ‘Damn This INR,’ ‘Blood Everywhere,’ and the one-hour-long special on pharmacokinetics,” said executive producer of The Coumadin Channel Corey Cascade.  “But the highest rated episode was our season finale, which left quite a contentious cliffhanger between Coumadin and the new oral anticoagulants.”

“When Xarelto called Coumadin a huge slut, I couldn’t believe it!” said nurse and self-proclaimed number one fan of The Coumadin Channel Sarah Williams.  She calls last year’s season finale the greatest season finale in TV history.  “I was literally shouting at the TV!  What was going to happen next?  What do the studies show?  Can we reverse the bleeding of the new oral anticoagulants?  They had to bring the show back; they had no other choice.  OMG, this show is so addictive!”

Despite criticism over the show’s heavy use of profanity, violence, nudity, and sex last season, Cascade plans to carry his vision of venous thromboembolism, arrhythmias, and anticoagulation forward.  Though he is staying tight-lipped about what could take place next season, diehard viewers are convinced old favorite characters will make reappearances.

“You know PE and DVT are both coming back next season, they always do,” said internist Patrick Walters.  He is wearing a T-shirt under his white coat that says Clots Suck.  “I bet heparin drip and Lovenox bridge return too.  Though it’s a long shot, I hope Kevin Spacey comes back as the hematology consult.  His speech on hypercoagulable state last year still gives me the chills every time I think about it.  Ohhhh!!  I just got another one!”