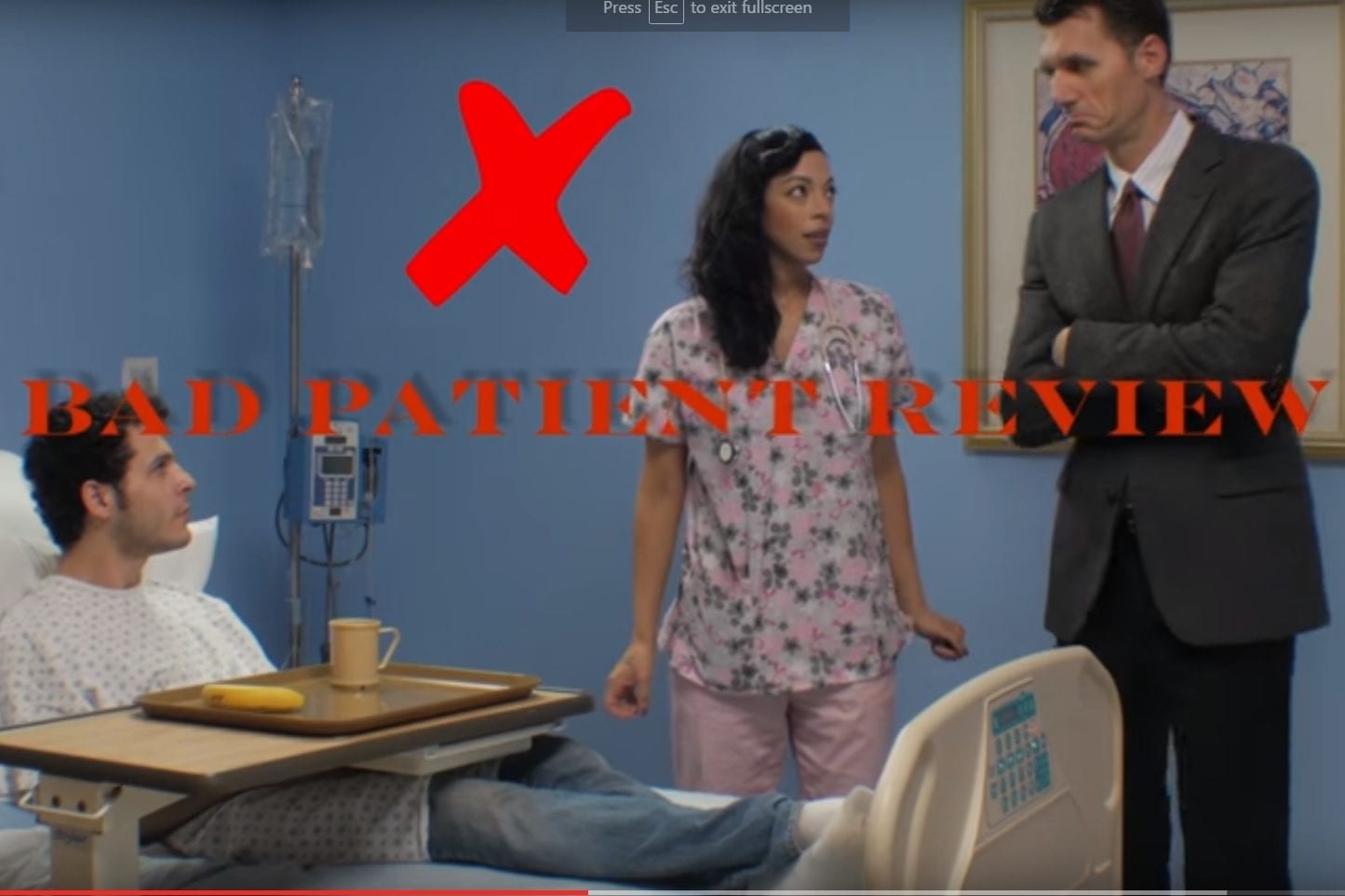 Mr. Cheapest Executive Officer at Lord Have Mercy Hospital is one serious CEO who is always concerned about addressing all the whims of the patients at his hospital.

When investigated further by Gomerblog’s representative about the need and rationale behind forming this new team, Mr. Cheapest Executive Officer responded with sheer confidence.

“There has always been an immense need for such a team.  The Rapid Satisfaction Team is ten steps ahead of the Rapid Response Team in every field.  It guarantees our reimbursements and high Press Ganey Scores.  What else can we ask for?”

In response to a question asked about the job description of the Rapid Satisfaction Team, he replied, “There’s nothing that is beyond the scope of this team.  From IV Dilaudid to Double Cheeseburgers, from IV Ativan to free limitless WiFi, from IV Benadryl and sleeping pills to 300 TV channels, I mean, you name it and this team provides its patients instantly within a matter of seconds.  There has never been so much enthusiasm seen in patients prior to the introduction of this team.”

Mr. Freeloader, a frequent flyer at Lord Have Mercy Hospital who was enjoying his 50th stay in last 3 months, again with chest pains with previous 49 admissions having negative stress tests and cardiac caths, seemed super excited when asked about the idea of this new team.

He shared his experience in these emotional words: “Before I had to beg, plead and sometimes get on my knees in front of doctors and nurses to get a few milligrams of Dilaudid that I deserve every few seconds, but now all I need to do is to activate the Rapid Satisfaction Team who arrives at the scene instantly and gives me what I want with no questions asked.”

With tears in his eyes he continued, “I wish someone could have come up with this brilliant idea a few years ago so I didn’t have to go hospital shopping and take acting classes on how to mimic real chest pain.”  Taking a huge sigh of relief, he continued, “But I’m glad those damn old days are far gone and this is the new era of patient satisfaction.  I wish I could kiss the hands of the person who diverted everyone’s attention from patient safety to patient satisfaction and actually outsmarted some of the smartest brains in medicine to follow these new guidelines.”

When asked about the fate of Rapid Response Team in the near future especially if the Rapid Satisfaction Team continues to dominate, Mr. CEO humbly replied, “The Rapid Response Team needs to perform much better than this since the competition is truly on. Otherwise, they’ll be eliminated.”

Be sure to check out Healthcare Not Fair, the author’s website HERE and their YouTube channel HERE for some hilarious short videos depicting the current state of our healthcare system.