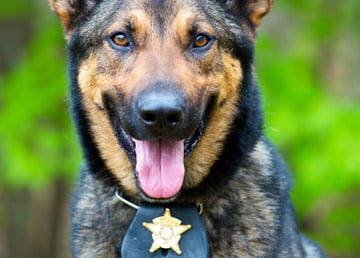 COLUMBIA, SC – In an applauded and creative move last month, administration at Our Lady of the Mixed Connective Tissue Disorder Hospital (OLMCTDH) decided to use former drug dogs to discourage riff-raff from presenting to the ER or visiting inpatients.  Three former drug-sniffing police dogs are now patrolling the halls in a combined role as pet therapists and hospital security.  Six-year-old German shepherds Buster, Radar, and Theseus are helping staff and patients feel safer and almost enjoy their time spent at OLMCTDH. 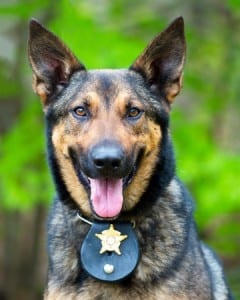 Alex Gutierrez, Head of Security and Pet Therapy at OLMCTDH, sat down with GomerBlog to describe his rationale and strategy.

“Basically, we use the dogs on a rotating schedule so they get plenty of rest.  One is stationed at the ER triage desk 24 hours a day.  We don’t have any data on the ‘dirtbag deterrence rate’ since the implementation of this strategy, but numerous ER staff members have commented on how many less seedy criminals they have been caring for.  During daytime hours, one of the dogs makes rounds doing both group and individual pet therapy sessions for inpatients.”

“We have already had 21 hallway busts of hospital visitors carrying narcotics, cocaine, and marijuana since the new model went live about a month ago.  Buster called out a loser hauling in coke just yesterday.  We just apprehend the suspect and call local police, and the rest takes care of itself.  Typically, the suspect already has warrants out for arrest, and if not, a hit by one of our K9s is all the PC the police need.”

Gutierrez went on to explain that he gets quite a few calls per day from other hospitals and hospital systems inquiring how to implement the plan.  “Our vision is to bring all American hospitals back toward their original mission: Caring for honest sick and injured people who aren’t trying to pull a fast one on anybody.”