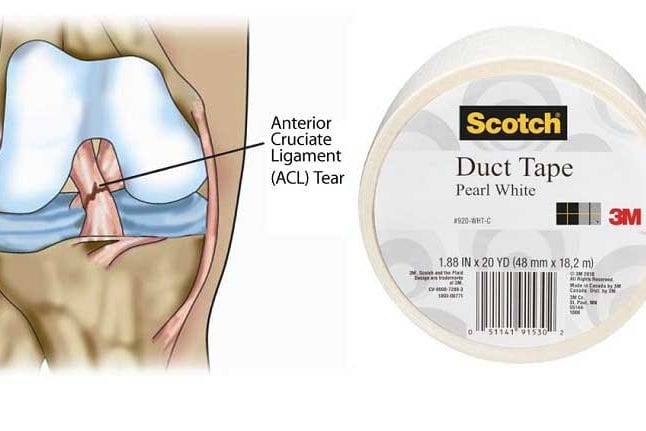 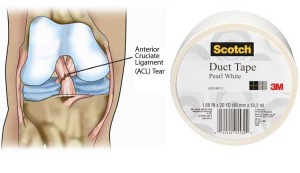 The scheme continued with him selling the real allografts on the black market for millions of dollars.  The FBI was able to crack the case after discovering numerous boxes of Gorilla Duct Tape being delivered to his home in Amazon boxes.

We interviewed one of Dr. Ancef-Bonecutt’s patients who was furious.  “To know that I have had Duct Tape holding my knee together for 5 years makes me furious!  No wonder my knee hurt last year after making it to the top of Everest!”

Another patient was similarly upset.  “What a scam.  I mean Duct Tape, really?  I lost the regional dead-lifting competition last year by 15 lbs and I bet this is why!”

Dr. Ancef-Bonecutt could not be reached for comment, but other orthopedic surgeons were intrigued by the fact that not one of his 2,300 Duct Tape grafts had failed.