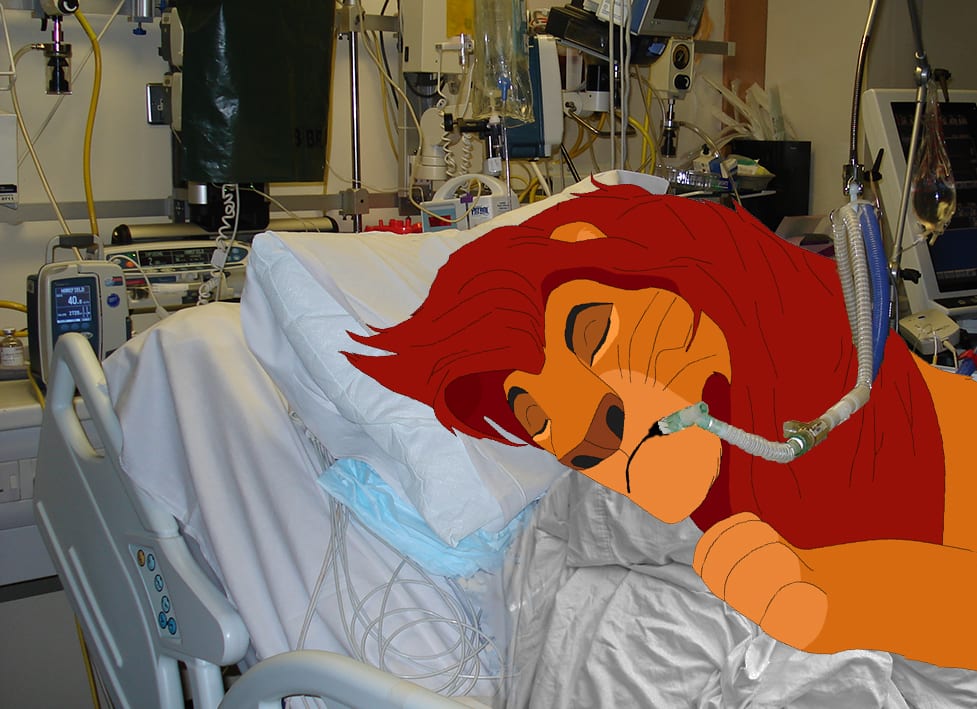 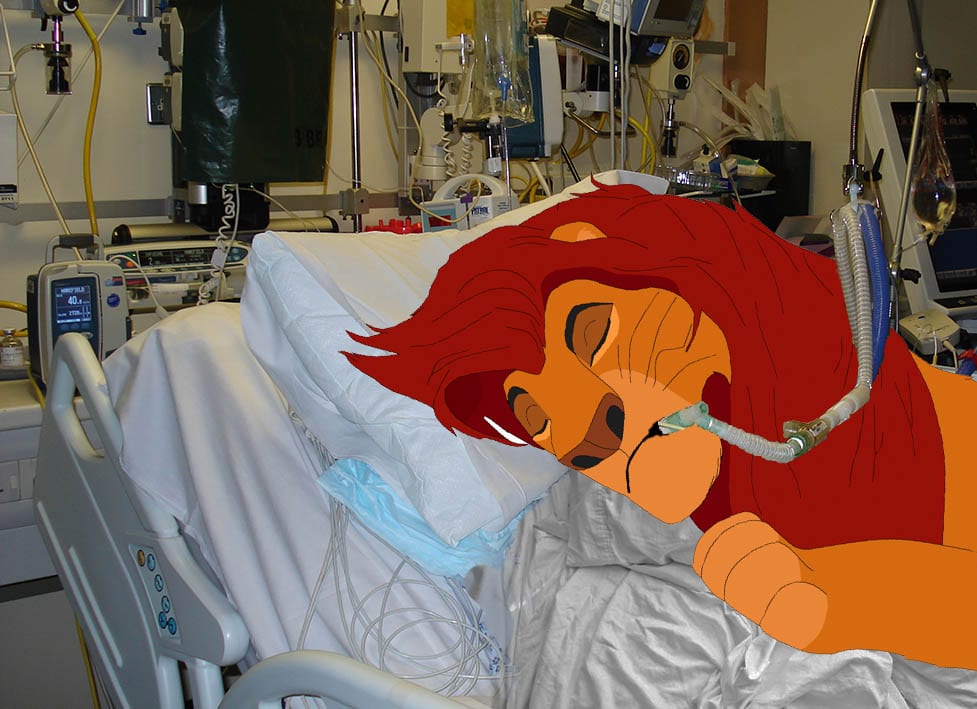 ANAHEIM, CA – Disney studios has announced that the remake of the Lion King, slated to be released in mid-2019, will feature a more realistic portrayal of modern death by spending a large portion of the movie detailing Mufasa’s spiral towards certain death in an ICU, director Michael Winters has announced.

“We felt that the original version of the Lion King showed a much too simplistic version of death,” he said.  “Modern audiences, even children, now expect to see complex, futile battles with health insurance, hospital administrations, and crippling medical debt prior to inevitable death.”

“To assume he would simply pass away without squandering his wealth on medical care and ruining his memory for his family members,” he added, “is just unrealistic.”

The movie would feature a prolonged ICU admission for Mufasa’s massive blood loss, prolonged hypoxemia, and multi-organ failure due to massive blunt trauma, the studio says.

Disney has also released a short teaser trailer of the remake.  In one scene, a doctor is seen frantically typing away at a computer, yelling, “I found the ICD-10 code for trampled by greater than 500 wildebeest, secondary to malicious intent by a brother, first encounter!”

“The story line had to be rewritten a little bit to take that this new direction into account,” said one of the writers.  “The roll of the hyenas has been rewritten to be the insurance company representatives, and of course Scar is being cast as the evil hospital CEO, constantly sabotaging Mufasa’s physicians from providing adequate and empathetic care.”

These changes will have an impact on the development of the characters, said Winters.  “In the original film, Simba becomes a man by living with an overweight warthog and meerkat duo that teach him what it means to be a King.”

“In the remake, Simba will become a man by watching the father who lovingly raised him slowly wither away as he is kept alive needlessly by machines.”