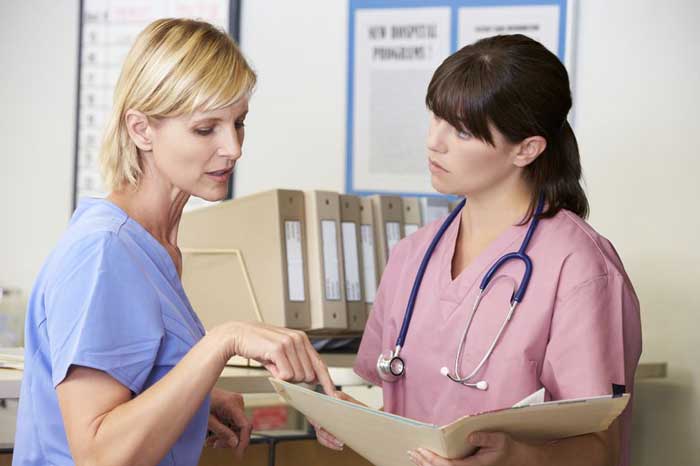 Charge Nurse Cynthia Rollins recently forgot to assign herself patients….. yet again. She swears it wasn’t purposeful but rather simply a “senior moment” in conjunction with the stress of helping the nurses around her too much.

“I was so busy trying to be a role model for everyone else I completely forgot,” said Cynthia Rollins. “In fact, my password into the EMR is MARTYR because I’m that concerned about those around me.”

The other nurses have stated that Charge Nurse Cynthia Rollins is virtually impossible to track down particularly in the case of an emergency. “My patient was coding but Cynthia Rollins was mysteriously gone again,” stated Sarah Smith, RN. “She is more adept than Houdini at disappearing.”

The other nurses on Cynthia Rollin’s cardiology floor are enraged with her consistent lack of concern for their busy work day. “I haven’t had a real lunch or bathroom break in weeks,” complained Rosie Pores. “Last week I actually had to eat my sandwich and chart while I sat on the toilet in order to stay on top of things!” But Cynthia Rollins insists that she cares more about everyone around her than herself. “My biggest fault is I’m too giving,” said Cynthia Rollins. “Yes that’s it.”

The nurses decided to secretly follow Cynthia Rollins around to give her one final chance in case she may be telling the truth and saving lives elsewhere. It turns out Cynthia Rollins spends most of her day flirting with Surgeons and trying out new fried food in the cafeteria. She also has a penchant for online shopping. In fact, she was last seen ordering herself Tory Burch shoes and a Gucci dress from Gilt.com and bidding on designer perfume on Ebay.

The other nurses have contacted their Union Rep to make Cynthia Rollins pay for her misdemeanors. “The Union will take on any cause,” said Sarah Smith. Cynthia Rollins promises that she’ll bring Dunkin’ Donuts to smooth things over. She has also announced that her next EMR password will be “SAVIOR” to reinforce her commitment to helping other nurses.