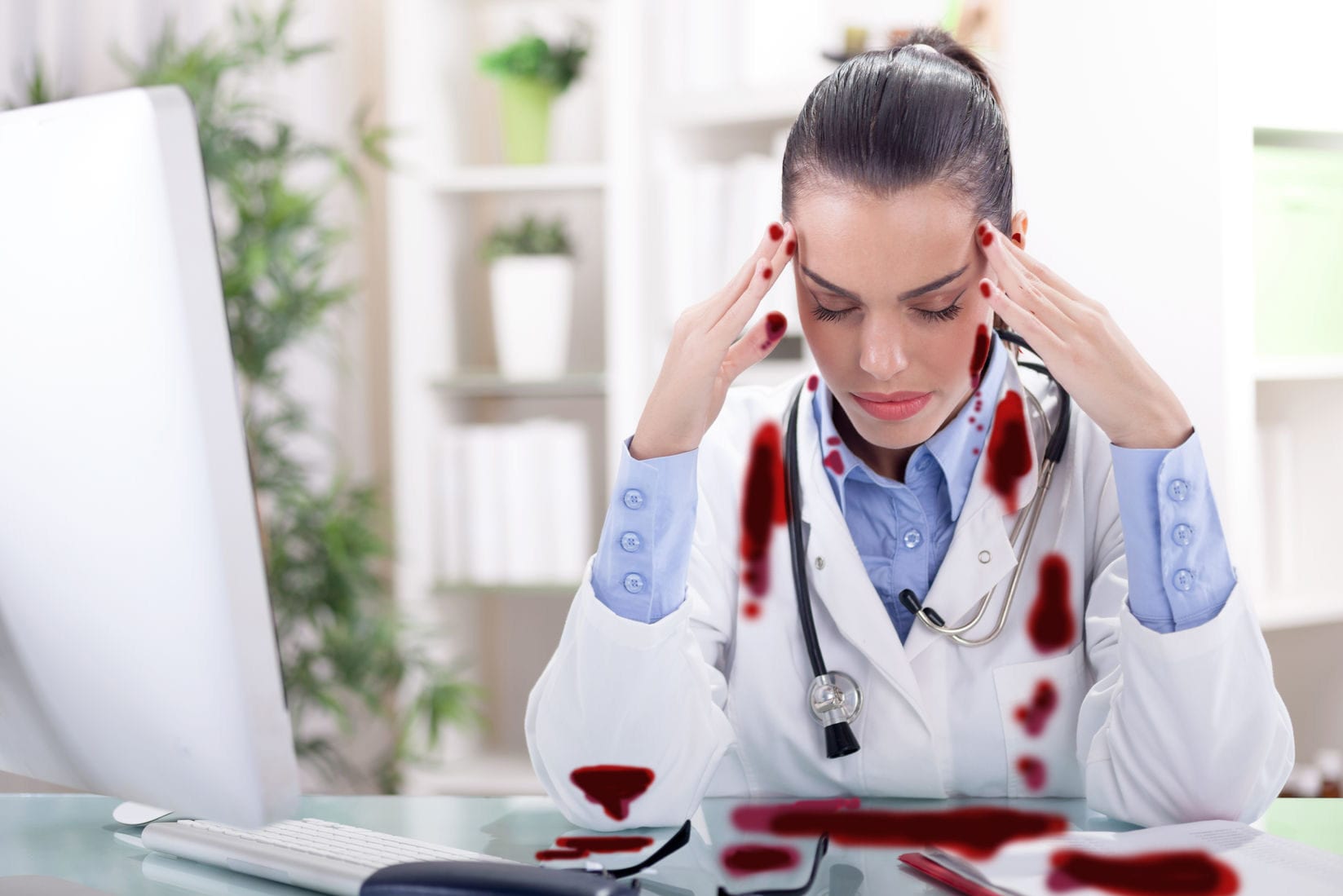 NEW YORK, NY – Dermatologist Felicia Randolph was fielding a consult from an internal medicine colleague Martin Ortiz, when halfway through the horrid attempt to describe a patient’s rash, Randolph’s ears started to spontaneously hemorrhage, unable to listen any further.

“Must you keep using the word ‘maculopapular’ over and over again?!” screamed Randolph, as bright red blood dribbled down both cheeks from her ear canals.  “What are they: macules or papules?!!”  Very quickly, puddles of blood accumulated on her white coat, desk, and feet.

“What does it matter, same difference,” Ortiz pressed on.

When Ortiz called, Randolph knew she would be in for at least a migraine when Ortiz first described the rash as “involving the skin.”  Ortiz continued to bludgeon his consult, further “elaborating” on the rash by describing it as “kinda red,” “looks pretty itchy,” and “definitely not psoriasis.”

“It was when he said it looks pretty itchy that I could feel two aneurysms burst,” admitted Randolph, who is rocking back and forth with her head sandwiched between her gauze-wrapped hands.  “When I asked him where the rash was located, he said he didn’t know, saying it was ‘somewhere between the scalp and feet.'”  Tears start to flow down Randolph’s face, as she relives the trauma of the poorly-described rash.  “Then when I asked if there were any pustules, blisters, bullae, skin sloughing, or mucosal involvement, he started to giggle as if I said the word ‘fart’ and said, ‘I didn’t do a full skin exam, I decided to call you instead.'”

It was then that Ortiz kept using the word ‘maculopapular’ over and over again, each time getting louder, “as if that made things better,” said Randolph.  To be exact, Ortiz said the word “maculopapular” seventeen times and, as a result, Randolph’s hemoglobin is now 6.  She has been consented for blood transfusion and is awaiting ENT evaluation.  “I hope my middle ear bones didn’t disintegrate from the insult,” a pale and fatigued Randolph added.  “Gosh, that was painful.”