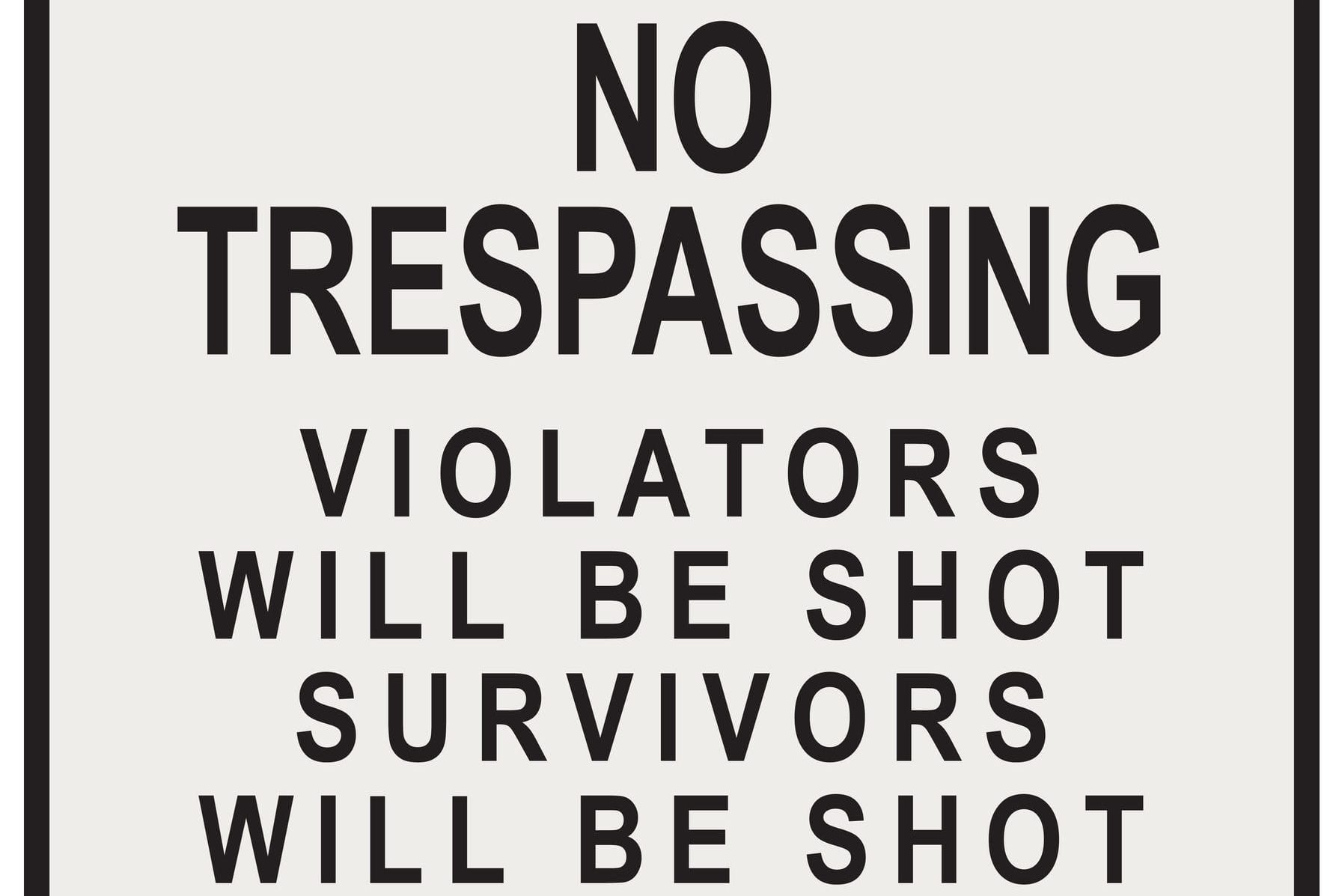 NORFOLK, VA – Internist Jeff Jenkins is face down and comatose on the fourth floor of Norfolk Medical Center after being shot in the buttocks with a Haldol blowdart this morning for trespassing into the nurses station.

“He saw the sign, it’s his fault he entered,” said charge nurse Genevieve Levitt, pointing at a large sign that reads: NO TRESPASSING, VIOLATORS WILL BE SHOT, SURVIVORS WILL BE SHOT AGAIN (see below).  Nurse Levitt is very protective of her territory, her blowdart still smoking from the barrel.  “This is a nurses station.  Not a doctors station.  A nurses station!  Freaking doctors!”

Two days ago, Jenkins was almost taken out by Levitt, but the Haldol blowdart missed his neck.  Nurse Levitt lured Jenkins back with a special doctors call today.  “I paged him to meet me at the nurses station.”  Jenkins is currently out cold, but looks to be managing his airway.  “I’m okay with that, otherwise we’d have to intubate, do paperwork, blah blah blah.  Let him lay there and think about what he did.”

The Levitt-Jenkins incident illustrates one of modern medicine’s biggest controversies: If it’s called a nurses station, then why are all these other people mucking around?

“We’re taking down anyone who trespasses,” said nurse Peter Tikkanen.  He’s off today but volunteering to patrol the nursing perimeter.  “Social workers?  Get out!  Students?  Yeah, get the hell out.  It doesn’t matter who you are.  Unless you show me the proper credentials, no mercy.”  We asked Tikkanen what the nurses station policy was on nurse practitioners.  He thought about it for several moments before answering.  “We’ll evaluate it on a case-by-case basis.”

Rather than becoming victims, subspecialties are finding it smarter and safer to build their own stations.  According to Norfolk Medical Center administration, the end of the month should see the creation of a interns station, residents station, social services station, and at least 20 other stations.  Administration has ensured that they will be of similar build and layout to the nurses station in that they will “lack computers, phones, and sufficient chairs.”