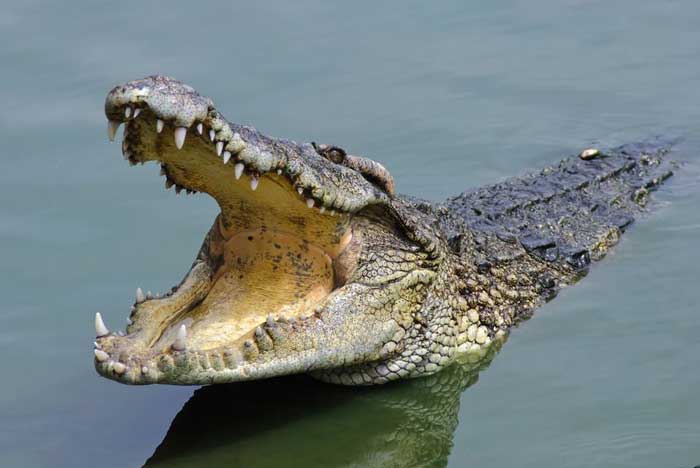 BOSTON, MA – Any nurse who has dispensed medications knows the ubiquitous red line, in the medication room, near the Pyxis machine.  This is a barrier of safety; step across the threshold for a distraction free zone when retrieving your medications.  After thorough examination, of both the evidence-based literature and medieval siege warfare tactics, one local facility took it upon themselves to exponentially increase patient safety.  On a medical-surgical step down unit, they have replaced the red line with a moat filled with crocodiles.

“I tell you what,” said staff nurse Sarah Broges.  “There used to be no respect for the line, people would just come up and talk to you or whatever.  Now it’s totally different, people just leave you alone.”

Early evidence from Pharmacy and Risk Management supports the moat, sighting a 24.5% decrease in medication errors since installation.  The only downside comes from decreased patient and family satisfaction, as noted in recent patient interviews.

“Before the moat, I used to be able to get my pain medication exactly four hours from the last prn dose.  Now it takes my nurse an extra ten minutes to remove all the protective gear.  I’m sitting here, playing on my phone, with 13 out of 10 pain, while I wait for her to take off her shin pads and helmet,” reported one patient who wished to remain anonymous.

Other staff members seem less than enthused, including the charge nurse and recently-appointed reptile caretaker Stephen McDoogal.  “I used to have to cover smoke breaks.  Now everyone needs time to suture up their crocodile wounds.  And how come they get live chickens at the nurses station, but I can’t keep a water cup there?  That doesn’t seem fair, right?”

Overwhelmed by the decrease in medication errors, the hospital management has embraced the moat.  They immediately began developing a plan to implement this policy as a pilot project in the SICU (surgical intensive care unit), and then throughout the rest of the facility.  The hospital has had limited success on securing a reliable source of crocodiles, but hopes to have bids out by the end of the month.