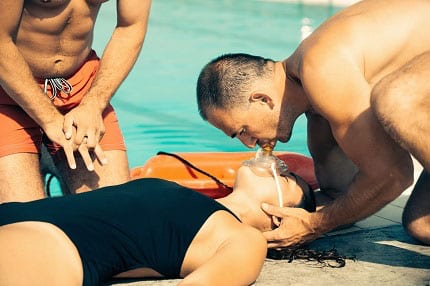 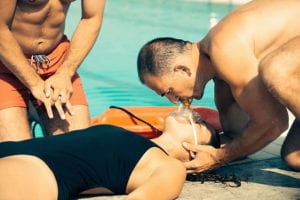 Dr. Wonton initially walked into what he thought was an empty hospital room to use the latrine. When he came out of the commode, he realized the room wasn’t empty and the lack of movement in the room was due to cardiac arrest and a code was already in progress.

Being a well trained orthopod, Wonton knew the only role he was fit to fill was providing high quality chest compressions. “Technically I’m ACLS certified but I couldn’t tell you the difference between Epinephrine and Adrenaline if I had to, plus it was arms day anyways so I let the pythons get to work. I call my biceps and triceps pythons, it’s kind of my thing” Dr. Wonton said after the code to no one in particular.

Dr. Stacee Schmidt, an OBGYN by training, was the first physician on scene and ran the code. “I was a bit confused to see Dr. Wonton and smell his ‘I eat protein shakes because I’m an athlete’ aroma coming out of the patient’s bathroom. He walked over and started chest compressions immediately, as is the assigned role for Ortho at a code in our hospital.”

After the fourth cycle of CPR, without a pulse, the tension and smell of Wonton’s protein farts wore thick in the air. Wonton cut the tension with a well timed joke, “How do you circumcise a whale? With four skin divers! Get it? Fore-skin divers!”

The perfectly timed joke was well appreciated by all including the patient who started breathing immediately after the delivery of the punchline. Genevieve Ream promptly sat up and complained about her rib pain as well as the odor in the room.

Dr. Schmidt wouldn’t go as far as to say that Dr. Wonton would be added to the code team, but did suggest that “he is welcome to come assist anytime. Ideally after changing to a lower protein diet.”