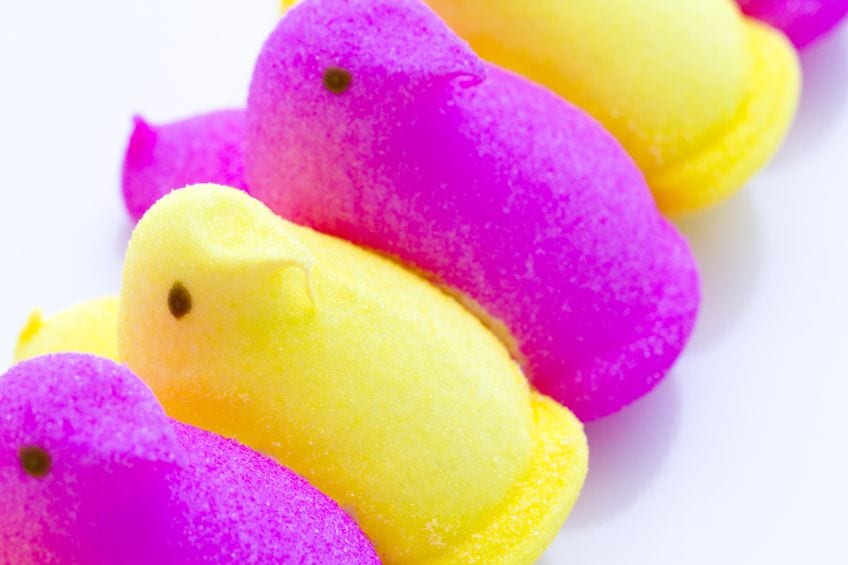 Distracted by his excitement for the Easter holiday, Jim Carina, Respiratory Therapist at St. Luke’s Medical Center, gave 5 Peeps via ET tube to Robert Harris, an unfortunate 74-year-old patient spending the holiday in the ICU with pneumonia. 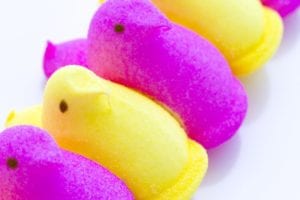 Mr. Harris required the increased alveolar oxygen exchange that PEEP facilitated but instead got five delightful fluorescent yellow marshmallow confections known as Peeps launched into his trachea, thereby preventing the exchange of all oxygen whatsoever.

“I was enjoying my favorite Easter treat, read the order of “PEEP 5,” felt joy in my heart and one thing led to another!” explained Jim while frantically alternating between yankeuring, deep suctioning and bagging. But Jim’s efforts were futile as the tasty treats conglomerated against the trachea wall, as unmoving as the faith of believers on this Easter day.

And just as the miracle of the resurrection echoes through the hearts of those in celebration, so echoed the overhead page for “pulmonologist STAT, ICU” through hospital corridors.

Mr. Harris was saved when a bronchoscope plucked out the 5 scrumptious delights. He could not be reached for comment because he had an anoxic brain injury.

To prevent future incidents a multidisciplinary team conducted a root cause analysis that culminated in the mandate that Peeps be stored at least 8 feet from the ventilator and never more than three feet from the nurses’ break room.

At press time, clinical embryologist Neal Nate was seen carefully injecting donor sperm into a pink plastic toy egg before tenderly placing it on a petri dish in the incubator.