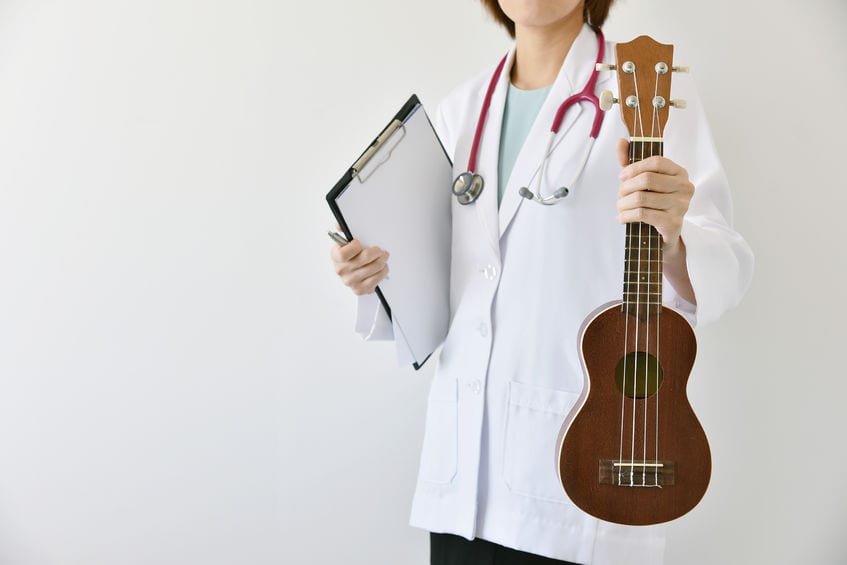 PHILADELPHIA, PA – Walking into her patient’s room at Children’s Hospital of Philadelphia (CHOP), you would never sense the anguish behind the smile of music therapist, Sarah Nelson. Her patient today is Anthony, a bubbly 6-year-old recovering from a ruptured appendicitis. A massive grin crosses his face and eyes beam as Ms. Nelson places her well-worn guitar case at the end of his bed. She pulls out a classical guitar made of Brazilian rosewood and places the guitar strap her grandmother lovingly made for her over her shoulder. 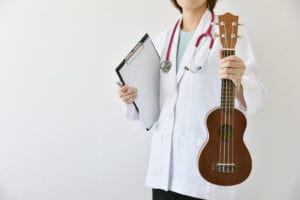 “So, what can I play for you today, Anthony?” Ms. Nelson asks in an airy, beautiful voice. “How about a lovely Spanish concierto?”

“I’m so f*cking tired of ‘Despacito’”, Ms. Nelson exclaims 10 minutes later. Her hands trembling as a largely-unused ocarina sits in her lap, Ms. Nelson tells the story of how she started her career as a music therapist at CHOP full of energy and passion.

“At the beginning, I was just so excited,” she recounts. “I had just graduated from Juilliard’s School of Music and become a member of the American Music Therapy Association. I showed up on the first day with my guitar, violin, flute and oboe and was ready to play anything…Mozart, Bach, even Handel.”

Her eye contact breaks at this point and her gaze falls towards her lap. “But the first room I walked in, the patient just sat up and screamed, ‘Uptown Funk’!…and that’s where I’ve been stuck ever since.” Tears start streaming down her face. “Have you ever had to play Bruno Mars songs on an oboe 15 times a day? It’s f*cking miserable.”

Despite her strain, Ms. Nelson’s patients still greatly appreciate what she brings to their hospital stay. Mark Anderson, father of a young patient currently admitted with pneumonia, reports that his daughter, Chloe, showed noticeable improvement when Ms. Nelson played Justin Timberlake’s, “Can’t Stop the Feeling” on the harp. “Her heart rate came down, oxygen levels improved, and her breathing looked so much calmer,” Mr. Anderson reported. “I will say,” he continued, “the show did slow a bit when Sarah announced she wanted to play ‘something from my new album’. I mean, it was good and all, but mostly we used it as a chance for Chloe to push the nurse call button and get up to use the bathroom.”

Ms. Nelson currently has no real thoughts of leaving the job, as she still receives a modicum of satisfaction every day in seeing the children’s faces light up when she launches into Pharrell William’s, “Happy” on the xylophone. “I mean, I guess this is still a pretty cool job and I like making a difference,” she admits. “But I swear to God if some wise-a** teen asks me to play “Stairway to Heaven” one more time, I’m gonna turn off their oxygen and help them find that stairway myself.”