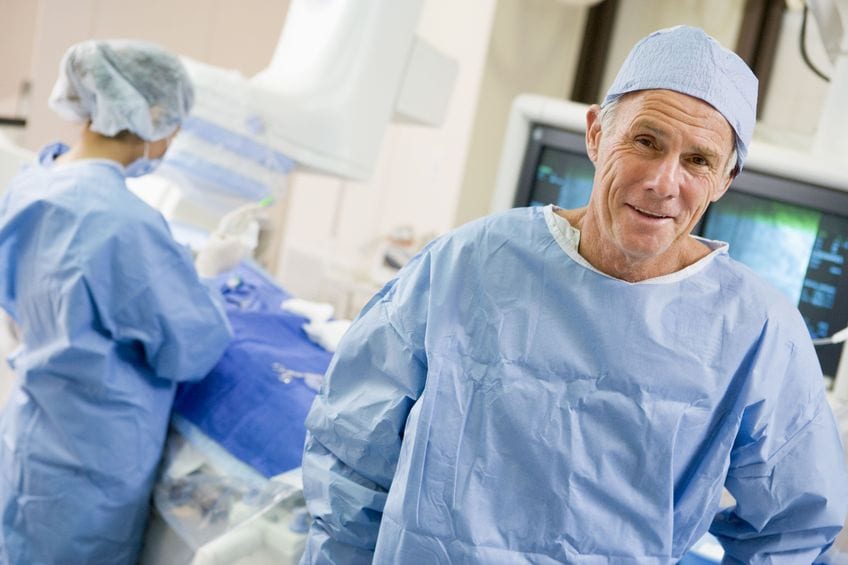 NASHVILLE, TN – In a dazzling display of both self-sufficiency and badassery, Vanderbilt cardiologist Dr. Barnett Timberland has just successfully stented his own proximal LAD (left anterior descending coronary artery) just because he can.  Neither he nor his patient report any complications.

“It’s not a question of whether or not there was an appropriate indication to perform the cardiac catheterization and intervention, it’s the question of whether I could do it and I wanted to prove to myself and others I could,” explained Timberland, who performed the procedure via right transradial access though he states he could have used either femoral artery if he really wanted.  “I did do it.  Mission accomplished.”

Timberland said the procedure carried its own difficulties.

“As much as I wanted to be sedated for this procedure, I really had to be awake and alert enough to perform,” Timberland observed.  “Another area of difficulty was trying to maintain sterile conditions on oneself; it’s a little tricker than I expected.  Also, I briefly questioned the site of catheter access, maybe I should have gone through a femoral artery.  I realized by going radially I had to perform the entirety of the catheterization one-handed.”  He shows us his bandaged right radial access site.  “And I’m right-handed.”

Timberland placed a bare-metal stent into his own proximal LAD given concern for his patient’s history of medication noncompliance among others.

“I don’t take my meds,” Timberland said to Gomerblog off the record, but we’re going to put it on the record anyway.  “And dual antiplatelet therapy, are you kidding me?  That sh*t causes bleeding.”

The cardiologist is pleased with the outcome and asked his nurse to grant a request, a sort of reward for his accomplishment.

“Can I have double portions?” he asked.

The nurse laughed.  “I don’t know, I’ll have to ask the cardiologist first if that’s okay.”